The aim of Europe’s Rail Joint Undertaking is to reduce rail costs, increase capacity, and enhance flexibility and reliability. 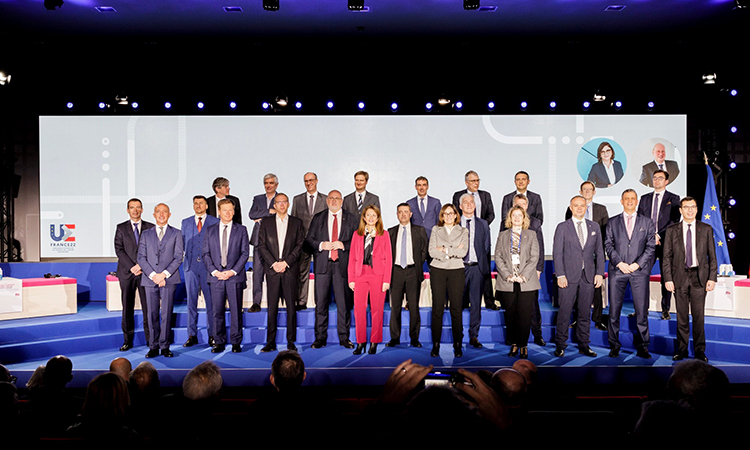 Europe’s Rail Joint Undertaking (Europe’s Rail) has officially been launched, with its objective being to deliver a high-capacity integrated European railway network by eliminating barriers to interoperability and providing solutions for full integration, covering traffic management, vehicles, infrastructure and services, aiming at faster uptake and deployment of projects and innovations. This should exploit the huge potential for digitalisation and automation to reduce rail’s costs, increase capacity, and enhance its flexibility and reliability, and should be based upon a solid Reference Functional System Architecture shared by the sector, in coordination with the European Union Agency for Railways (ERA), while supporting the development of a strong and globally competitive European rail industry. This will be achieved through its Calls for Proposals, with the first Open Call due to be launched in March 2022.

Alongside the news of the launch, representatives from the European Commission (EC) and the rail sector, including Europe’s Rail 25 Founding Members, expressed their expectations for Europe’s largest rail research and innovation programme worth €1.2 billion.

At the launch event, Executive Director of Europe’s Rail, Carlo Borghini, said: “I am really glad to see that the launch of Europe’s Rail has attracted such strong interest and attention, clearly indicating the benefit of partnerships such as Europe’s Rail. I am honoured to have here together with me the Commissioner, Ministers and all Europe’s Rail Founding Members, marking a new chapter for improving and modernising rail in Europe. Europe’s Rail will build upon the successes of Shift2Rail and ensure that the solutions coming from the programmes are deployed in the market. We are looking forward to launching our first Call for Proposals next month and fully begin our activities.”

“EU citizens need a modern, efficient, reliable, flexible and affordable rail system,” Adina Vălean, European Commissioner for Transport, said. “I believe that the Europe’s Rail Joint Undertaking will not only further accelerate rail innovation but also its uptake and deployment on the ground.”

“Railways are a reliable and indispensable partner in reaching the EU’s climate targets,” Andreas Matthä, Chairman of the The Community of European Railway and Infrastructure Companies (CER), said. “The output of Europe’s Rail Joint Undertaking will give the railways an important boost in making climate commitments a reality.”

“The European Rail Supply Industry is thrilled to embark on Europe’s Rail Joint Undertaking journey,” Henri Poupart-Lafarge, Chairman of the Union of European Railway Industries (UNIFE), said. “If we truly want rail to be the backbone of a sustainable mobility, we need to deliver new technologies and solutions that will make rail more attractive, reliable, cost efficient and even more environmental-friendly.”