As HS2 continue work at Euston, a huge new tunnel has been unveiled which will house a new Taction Substation. 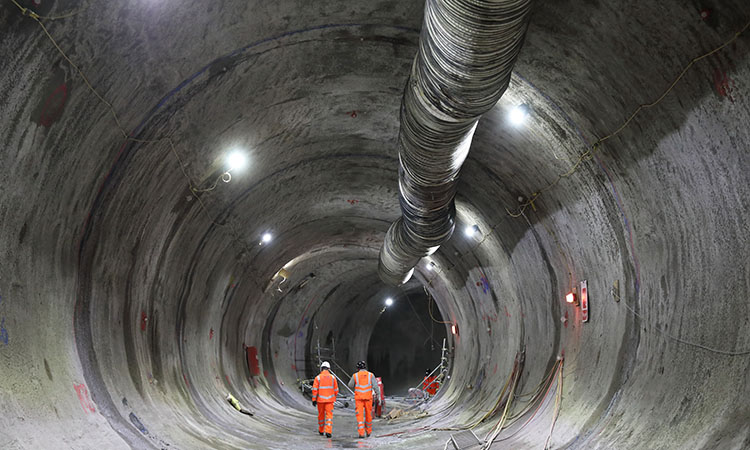 HS2 Ltd continue making progress at Euston, as work continues behind the hoardings to make way for Britain’s new high-speed railway. To create space for the new HS2 station, HS2’s station contractor, Mace Dragados JV (MDJV), has excavated a 20-metre deep ‘box’ that will be home to a new Traction Substation (TSS). Traction substations are used to convert electrical power to a form suitable for a rail system. This TSS will enable the relocation of equipment needed to provide services and ventilation for the safe operation of the Northern Line at Euston.

Connecting this highly secure new Traction Substation, dubbed the ‘sugar cube’ due to its eye-catching white tiled exterior, to the London Underground network is a 90-metre long 6.5-metre-wide tunnel running under the HS2 construction site. 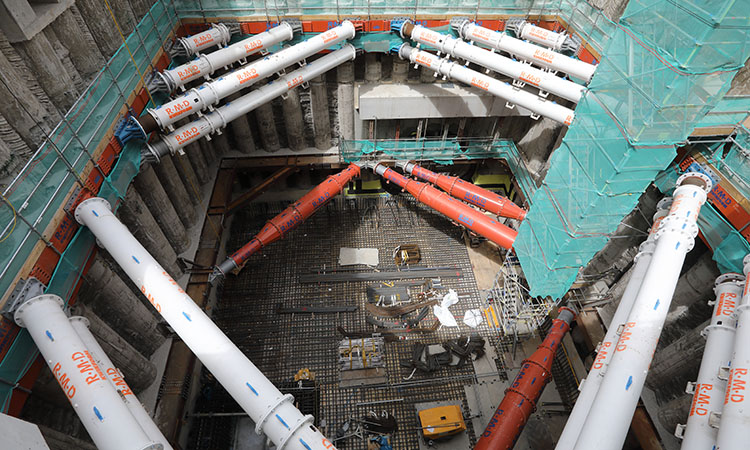 The work to construct the tunnel took 16 months and saw the MDJV team sink a 20-metre-deep shaft before carving out the underground passage and coating it with a primary sprayed concrete lining (SCL). After applying waterproofing, the team reinforced the tunnel with steel and concrete to give it the strength and structure needed ahead of the construction of the HS2 Station that will be taking place above it.

MDJV, supported by its principal sub-contractors Cementation Skanska, Careys and JGL, brought forward innovations to improve the environmental credentials of the works. Redesigning the tunnel to lower the carbon impact during construction, through reduced material and water use, a reduction in vehicle movements, and a lower energy consumption, resulted in an overall carbon saving of 140 tonnes, while efforts to reuse material already on site resulted in over 1,000 fewer lorry movements and an associated saving of 76 tonnes carbon dioxide from vehicle emissions.

“Our Euston team has been working hard behind the hoardings at Euston to create the space required for us to build HS2’s new Euston station, as well as a better-connected London Underground station,” Andy Swift, Euston Project Client for HS2 Ltd, said. “The progress to date has been great, moving the existing underground infrastructure, with seamless collaboration between contractors and stakeholders, with a focus on minimising community disruption.”

Throughout the tunnelling works, the shaft has been enclosed by an acoustic shed, designed to reduce noise impact on the community and businesses nearby. This enabled 24 hour working which was required to meet the demands of the programme. 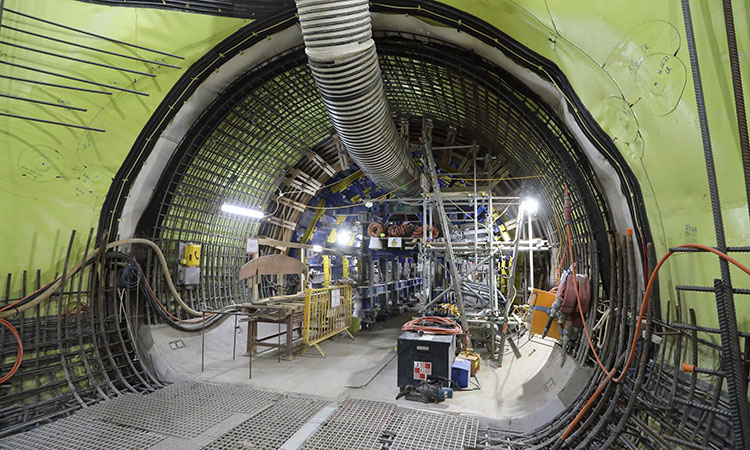 “The progress we’ve made at the Traction Substation has been the by-product of fantastic collaborative working between HS2, Mace Dragados, our supply chain partners and critical external stakeholders, including TfL,” Rob Williams, Senior Project Manager for the Traction Substation at Mace Dragados joint venture, said. “Our one-team approach has allowed us to build a culture and leverage the expertise needed to deliver this complex and highly constrained project, which is essential for the construction of the new HS2 station at Euston.”

“Our team has been working closely with HS2 on the relocation of our traction substation to make space for the new HS2 station at Euston,” Lorena Naylor, Lead Sponsor at Transport for London, said. “We are also working with HS2 to ensure the heritage features from the original building, including the oxblood tiles from 1907, are salvaged and re-used at other stations such as Oxford Circus. Alongside the new traction substation here, HS2 will deliver a capacity upgrade to Euston underground station ticket hall as well as a new bus station.”

With the tunnelling and excavation works at the site now complete, the team will be working to construct the below and above ground structures for the new Traction Substation, before fitting it out with the necessary equipment and connecting it to the Northern line. The building will have three storeys below ground and four above. Once the new structure is complete, the existing TSS on Melton Street will be demolished.

A video about the tunnel can be found below.