PLK are planning work on the railway lines between Szczecin Główny and the Polish-German border to shorten travel times and offer better access to trains. 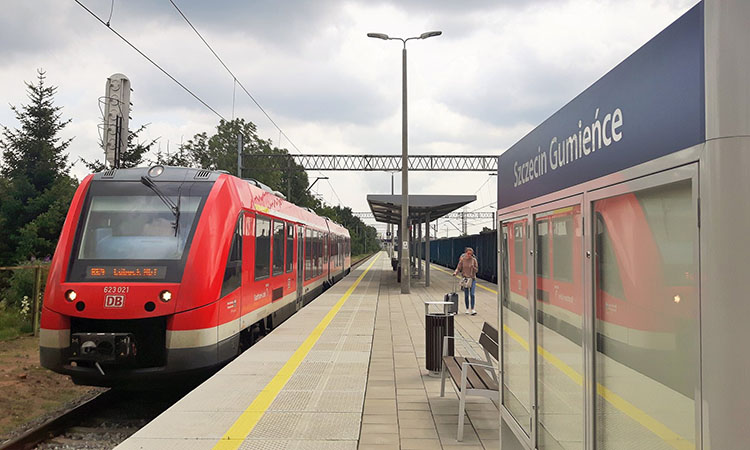 Work PKP Polskie Linie Kolejowe SA is planning on the railway lines between Szczecin Główny and the Polish-German border will result in shorted the travel times, better access to trains, more efficient transport of goods, greater safety, modern and comfortable platforms. PKP has selected the contractor for the design documentation.

“Modernisation and electrification of the Szczecin Główny – Szczecin Gumieńce – state border line will create new possibilities for rail transport between Poland and Germany,” Marek Gróbarczyk, Secretary of State at the Ministry of Infrastructure, said. “The investment will provide better conditions for the transport of goods. Travellers will enjoy a shorter and more comfortable journey.”

The planned investment, apart from improving railway connections between Szczecin and Berlin, will additionally increase the transport accessibility of railways in the Szczecin agglomeration,” Piotr Majerczak, Member of the Management Board and Director of Infrastructure Maintenance at PKP Polskie Linie Kolejowe SA, said. “A new station in Kołbaskowo and three stops will be built, thanks to which residents will gain access to the most ecological means of public transport, which is rail.”

In accordance with the agreement between PKP Polskie Linie Kolejowe SA and DB Netz AG on cooperation in the coordination, preparation, and implementation of projects for the development of the Berlin-Szczecin railway connection, the section of the railway line No. 409 Szczecin Gumieńce – state border will be electrified. Thanks to the new tracks, traction network and railway traffic control devices, passenger trains with a maximum speed of 160km/h, and freight trains 120 km/h, will be safer and faster on the section Szczecin Główny – Szczecin Gumieńce – state border (Tantow).

There will be 3 new passenger stops: Szczecin Pomorzany Południowy, Warzymice, Przecław and the station in Kołbaskowo, where agglomeration trains will end their run. The Szczecin Gumieńce station will be adapted to receive and send trains with a length of 750 metres. The new platforms will be higher, which will make it easier for passengers to get on and off the trains. People with reduced mobility will benefit from ramps and guidance paths. The shelters and benches will ensure the comfort of waiting for the train. The lighting will allow you to travel safely after dark. Orientation will be facilitated by boards with legible signage and showcases with timetables.

In order to increase the comfort of travellers and the possibility of receiving and sending more trains, there are plans to build a single-edge platform at the Szczecin Główny station. In order to enable passengers to conveniently access the platform, the existing footbridge is planned to be extended.

The contractor of the design works financed from the company’s budget, worth nearly PLN 9 million, will be DATABOUT Sp. z o. o. Completion of design works and commencement of construction works is planned for mid-2024. Completion of works on the railway line No. 409, adjacent to the German side, is planned by the end of 2025. The completion of the entire project is scheduled for the fourth quarter of 2027. The implementation of the investment will depend on the availability of funds under the new financial perspective, as well as the rules and criteria for using EU financial instruments.