Network Rail has released information about its continued work to deliver improvements for the East Coast Main Line and Northern City Line. 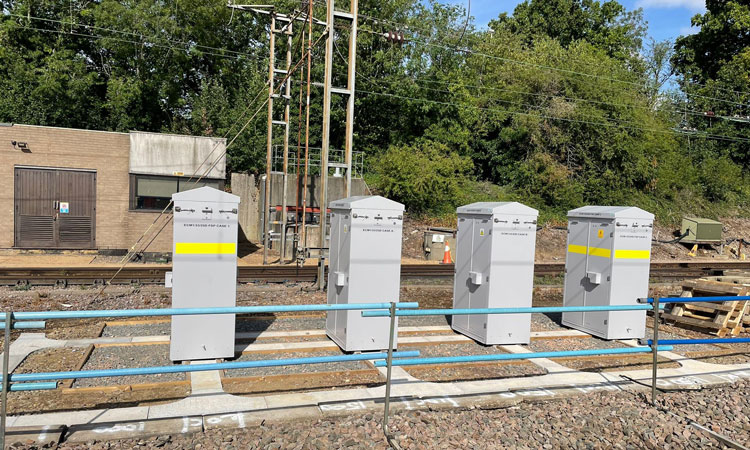 Network Rail has announced that it delivered a package of improvements worth over £2.8 million to bring better, more reliable journeys for passengers between Hitchin and London terminals.

Progress was made over the August bank holiday weekend on the East Coast Digital Programme, with 56 new cabinets installed to house the equipment needed to support a digital railway in the future. The once-in-a-generation programme will eventually see traditional signals removed from the side of the track and replaced with innovative digital signalling technology.

Network Rail state that by installing this important infrastructure now will set the route up for an advanced new operating system, which will allow for continuous in-cab communication with train drivers by 2025 on the East Coast Main Line.

“Working with our partners to deliver this brilliant progress over the bank holiday takes us closer to running a more resilient, greener, future-proofed railway for passengers,” explained Toufic Machnouk, Network Rail’s Industry Partnership Director for Digital Railway. “The East Coast Digital Programme will transform the way that trains move along the East Coast Main Line using digital trail control technology. We are using industry-wide expertise and innovation to install, test and eventually operate a better railway for people.”

The redundant footbridge and ticket office at New Southgate station have also been successfully removed, completing the transition to a relocated ticket office for Great Northern passengers.

Furtherore, on the Northern City Line near Drayton Park, teams have repaired and renewed over 300 metres of overhead line equipment to boost reliability, reduce the need for future maintenance and help more trains to run on time.

Jenny Saunders, Great Northern and Thameslink Customer Services Director, said: “The work Network Rail is doing will help create the railway of the future, providing more reliable services for our passengers and, on the East Coast Main Line, the potential for more frequent services in the future.