The first of approximately 1,800 freight trains has arrived at HS2’s new Quainton railhead in a move designed to save carbon in construction. 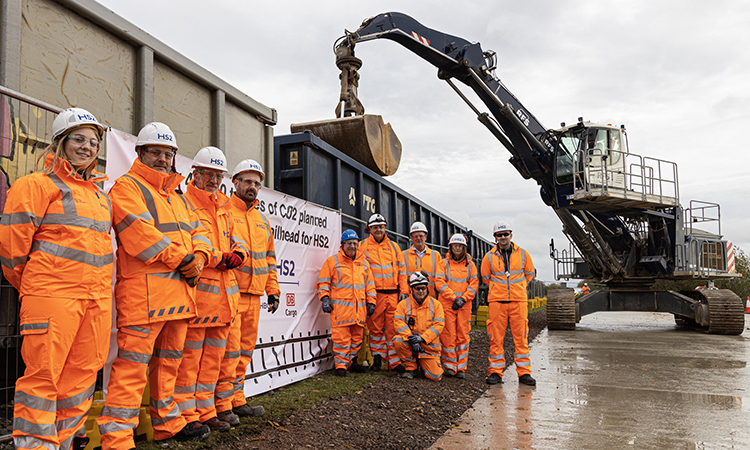 The first freight train has arrived at HS2’s newest Bucks construction hub as the high-speed rail project confirmed that the new facility is expected to take the equivalent of 300,000 lorry movements off local roads.

Situated on an existing freight line north of Aylesbury, the new railhead will welcome approximately 1,800 freight trains over the next three years as construction of HS2 gathers pace.

Delivering this material by rail instead of HGV is expected to save 27,903 tCO2e (tonnes of carbon), the equivalent of 126 million miles driven by an average petrol car – or 156,408 return journeys between London and Edinburgh. 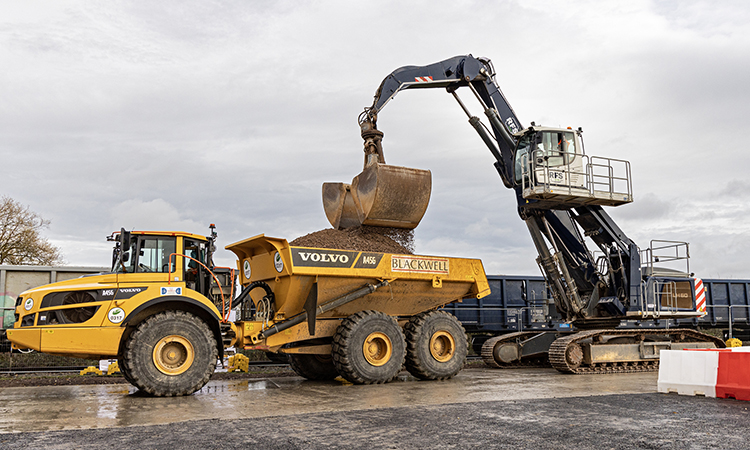 The news comes two years after HS2 began delivering construction material to its other Buckinghamshire sites by rail. In that time 655 trains have delivered 1.1 million tonnes of aggregate, removing more than 116,000 truck journeys from the road, and saving an estimated 13,000 tonnes co2e.

The new site near Quainton, will allow HS2 to continue shipping material by rail as construction ramps up and is expected to handle 3 million tonnes of material – mainly aggregates used for construction. Once on site, most of the material will be stockpiled before being moved up or down the trace of the new high-speed line on a series of dedicated haul roads to keep it away from local road users.

“We are serious about reducing the impact of construction on the local community and promoting sustainable construction methods,” Paul Marshall, Senior Project Manager for HS2 Ltd, said. “That’s why we started delivering materials by rail two years ago and this new railhead will help us continue to take huge numbers of trucks off local roads. We’ve been working closely with Network Rail, EKFB and the Freight Operators for a number of years to make this possible, and to deliver not only low carbon journeys for our passengers, but also cut carbon in construction.” 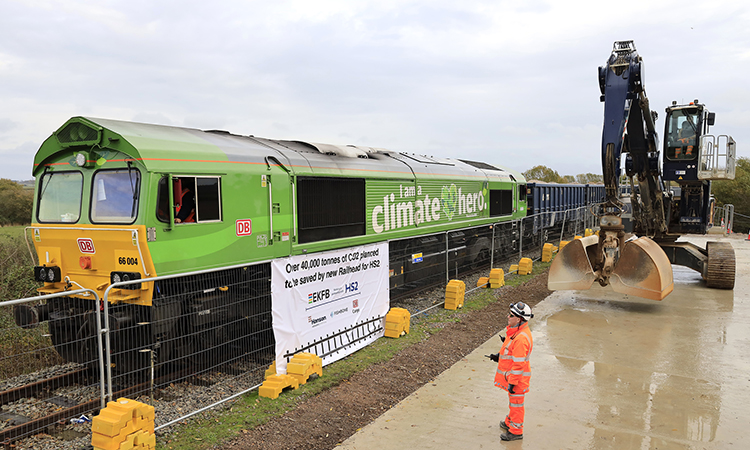 Work on the railhead

The railhead was set up by HS2’s main works contractor EKFB – a team made up of Eiffage, Kier, Ferrovial Construction and Bam Nuttall. EKFB is delivering the 80km central section of the route, including 17 viaducts, 81 bridges and three cut and cover ‘green tunnels’. They worked with a team from Network Rail who have completed a series of alterations which will enable freight services to operate in and out of the new railhead at Quainton.

“Our team have worked at pace to complete adjustments on this section of railway which will help our partners at HS2 to reduce carbon by taking lorries off the roads in Buckinghamshire,” Simon Winfield, Head of Delivery Unit for Network Rail, said. “Network Rail staff will continue to support the material by rail freight operation in Quainton by ensuring that trains are safely operated in and out of the new railhead.”

“EKFB and our supply chain partners, Fishbone Solutions, DB Cargo and Hanson, are extremely proud to be introducing our fourth railhead into the project and in less than two years,” Chris Barton, Head of Logistics & Security for EKFB, said. “Our local communities are important to us and the railhead allows us to transport material efficiently, with minimal distribution to those living close to our construction works. Establishing a new railhead in Bucks also means we are reducing our carbon footprint and the number of HGVs on local roads, as well as helping us to deliver our works on time.” 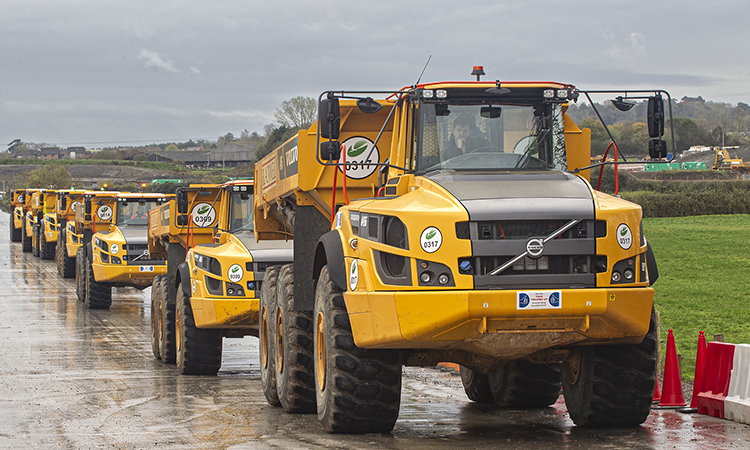