30 miles of electric wires have been installed between Church Fenton and Colton Junction as part of the Transpennine Route Upgrade. 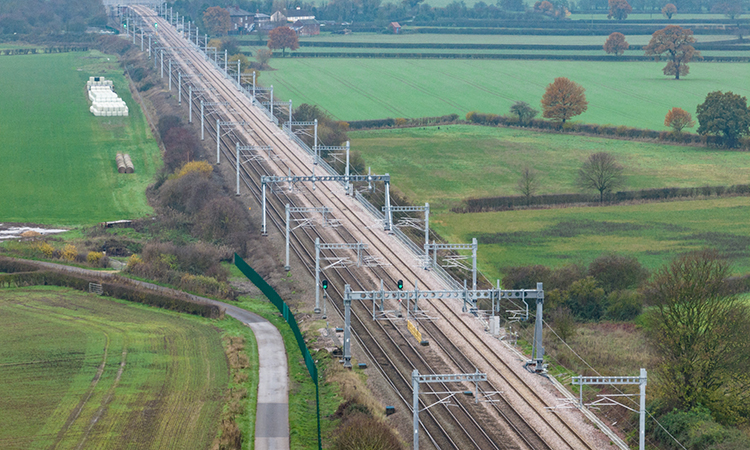 Over 30 miles of train-powering electric wires are now in place to help deliver cleaner, greener journeys in the future as part of the multi-billion-pound Transpennine Route Upgrade. The work took place between Church Fenton and Colton Junction, where trains from Leeds join the East Coast Main Line into York. This is one of the busiest stretches of railway in the north, with over 100 trains using the line each day.

It is the first step towards a cleaner, greener, fully electrified railway between York, Leeds, Huddersfield, and Manchester. When the newly-installed wires are energised, they will allow more environmentally-friendly electric and hybrid trains to run at speeds of up to 125mph – which is 30mph faster than they can currently run. 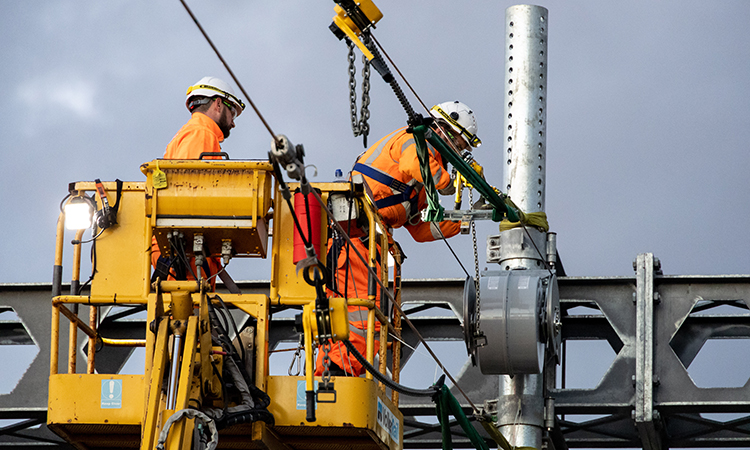 “We’ve reached a major milestone on our journey to bring cleaner, greener trains to the north and deliver a better railway which people can rely on,” Rob McIntosh, Managing Director for Network Rail’s Eastern region, said. “Our teams in York and Manchester are working in tandem to electrify sections of the route and will eventually connect to unlock faster, more frequent services and help passengers get to where they need to be, on time.”

“Our multi-billion-pound Transpennine Route upgrade will transform journeys for passengers across the North of England, with faster, more frequent services and improved accessibility,” Huw Merriman, Rail Minister, said. “This is the first major milestone on the way to a fully electrified route between York, Leeds, Huddersfield and Manchester, which will reduce journey times and save 87,000 tonnes of carbon emissions each year.”

Over the last four months, Network Rail engineers have put in just under 9,000 hours of work to install a total of 37 miles of overhead wire. Work was carried out overnight and at weekends to cause as little disruption to passengers as possible.

When complete across the full 70-mile route across the Pennines, rail passengers will be helping to save up to 87,000 tonnes of carbon emissions each year – equivalent to 5.9 million car journeys along the same route. For people living near the railway, it will also mean better air quality and quieter trains.

To maintain an equally eco-friendly construction, the new overhead line equipment was assembled locally at the Transpennine Route Upgrade’s own Joseph Lynn Logistics Hub near Sherburn-in-Elmet and transported to site by train. 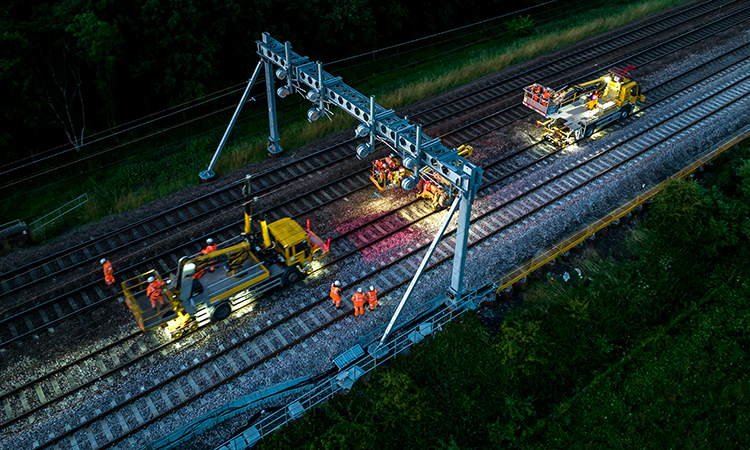