Brightline has released image renderings and a video of its new Orlando Station, which is scheduled to open later in 2023. 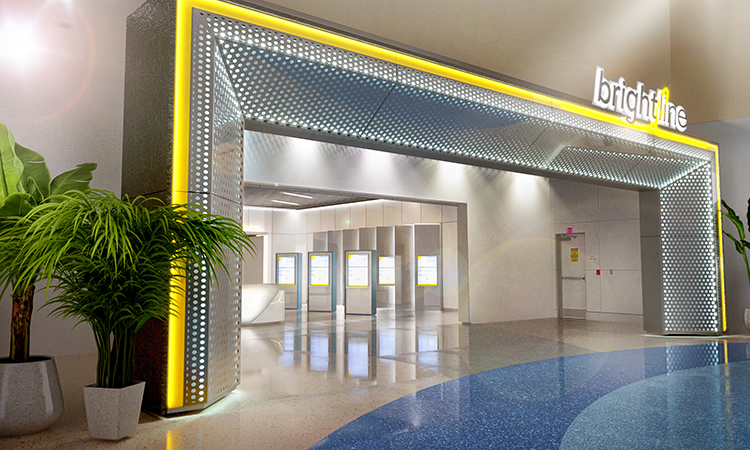 The guest journey begins at the main entrance, located off the airport’s expansive two-story glass atrium. Once inside the station, passengers can purchase tickets from guest services or one of several self-service kiosks, and check luggage before proceeding through touchless turnstiles into the security screening area. Brightline is currently the only rail system in America that screens all passengers and bags prior to boarding.

“This world-class train station continues our mission of transforming train travel in America,” Patrick Goddard, President at Brightline, said. “We have carefully thought through each detail of this station to ensure that it exceeds the expectations of the modern traveller.”

The station features an upscale retail experience with convenient in-station shopping and its Mary Mary Bar, serving hand-crafted cocktails and bites. The signature sit-down bar is positioned at the far end of the station with a stunning panoramic view overlooking the train platform where guests can leisurely watch as trains arrive and depart the platform. 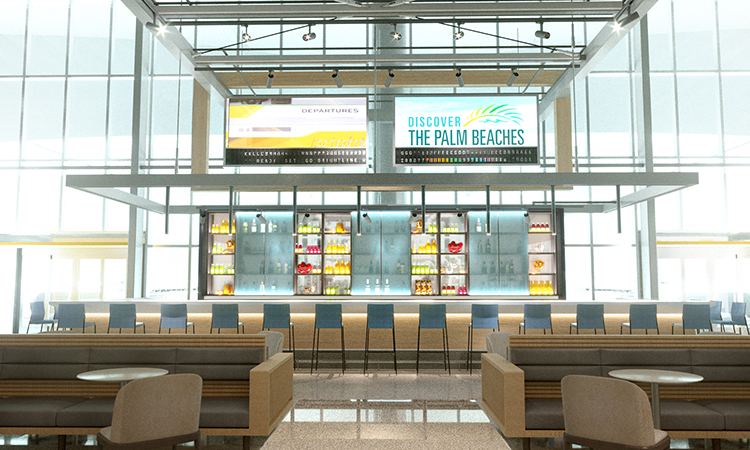 Located above the Mary Mary bar is an iconic, flip-flap message board that can rotate alphanumeric text and/or graphics to form a message. A nostalgic nod to historic train stations, the flip-flap will provide updated train schedules, boarding times, news of the day and other announcements complete with the flip-flap sound reminiscent of the first passenger train stations in America.

Passengers will access trains by escalator or elevators to the first level platform and board from one of two new track platforms. These platforms are 1,000 feet long and will accommodate a train with four coaches and two locomotives that will transport guests on the Orlando to Miami route in just over three hours. 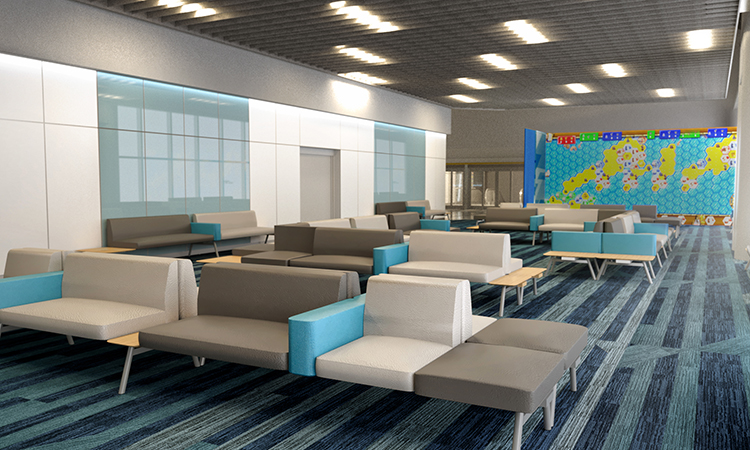 Brightline offers two classes of service, SMART and PREMIUM. Brightline’s PREMIUM service, will provide complimentary drinks and snacks in a dedicated lounge and train coach. Throughout the station, all guests will have access to free high-speed Wi-Fi, charging stations at every seat, 87 big screen televisions and a children’s play area located in the SMART lounge.

The 37,350 square foot station is located in the heart of Orlando International Airport’s new 80,000 sq. ft. Terminal C and connects directly to the airport’s parking deck C, which will have more than 350 parking spaces reserved for Brightline guests. An automated people mover connects the terminal to the rest of the airport facilities including Terminal A and B in under five minutes. 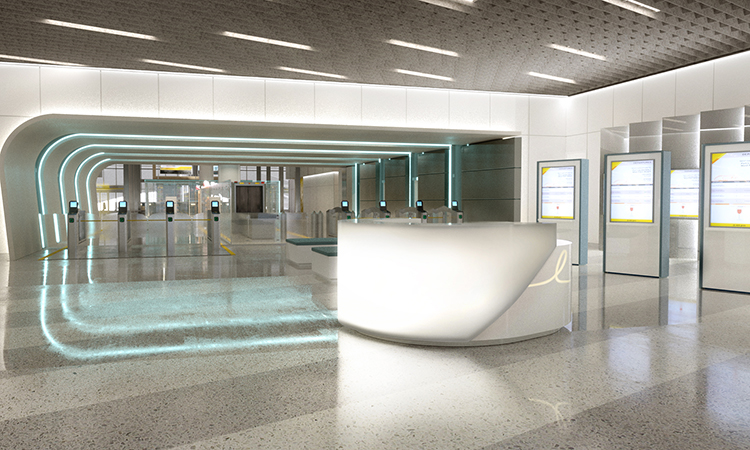 Brightline’s Orlando station is designed by Bigtime Design Studios, an architecture firm based out of Miami, Florida, that also designed the newly opened Brightline stations in Boca Raton and Aventura, alongside the architect of record Sonny Fornoles of Borrelli + Partner. The buildout of the station is led by Orlando-based contractor Gomez Construction Co., a minority owned business whose headquarters are based in Orlando, Florida, and employs more than 100 workers on this project.