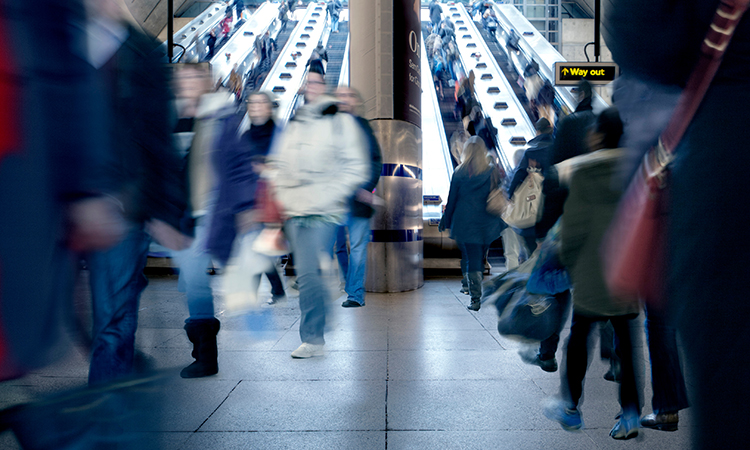 Hitachi Rail has published a major new report investigating attitudes towards public transport and smart mobility in eight cities around the globe. The first-of-its-kind study finds that 75% of people would choose a better-connected public transport system, rather than driving. The report finds a strong global demand for smart transport solutions to deliver enhanced cost, convenience, and comfort with a willingness to pay for improvements through increased taxes on private transport.

The research for the report was conducted by leading independent consumer research company, Savanta ComRes. The research investigated over 8,000 peoples’ attitudes in eight major global cities: Washington D.C., Toronto, London, Paris, Dusseldorf, Turin, Dubai and Bangkok. Hitachi Rail commissioned the research to better understand the push and pull factors for using public transport and how they interact with Hitachi Rail’s smart, digital solutions the business is rolling out to support cities around the world.

The research provides useful insights for transport planners seeking to understand how to increase public transport usage. Overcrowding (48%) and busyness (42%) of services are the single biggest factors that put people off. In contrast, people identify cost, convenience and comfort as their biggest motivators to travel, with 79% noting the appeal of the ability to avoid crowded services, and 78% highlighting the importance of shortest journey time, and cheapest travel option.

What do passengers want?

75% of global respondents would likely choose a better-connected public transport system, rather than driving. People across cities also share a clear sense of how public transport networks can overcome existing barriers, placing an emphasis on the benefits of digitisation. For example, 73% suggested they would be more likely to travel on public transport if they could see live information on crowding levels on services. The research also shows the public have a strong general understanding of what ‘smart’ transport means, driven by high levels of take-up of digital apps, with 59% of respondents using them to plan or book their journeys.

However, the move towards digitisation currently presents barriers as well. 63% of respondents are put off from using public transport where they needed to use multiple different apps; while just over half were willing to share their payment details with multiple travel apps. This reticence varies dramatically from country to country, with far lower trust in North America and the UK, compared to mainland Europe and Asia.

Across every city, the majority (averaging 71%) noted that they now travel differently following the pandemic. Those surveyed do however expect that how they travel will change again. This provides hope for municipalities around the world, whose net-zero and air pollution targets require solutions that reduce the use of polluting vehicles.

How to fund better-connected transport networks?

The research finds that people would also be prepared to pay more for better-connected public transport. When faced with the same option of a better-connected transport system but at a higher cost than driving, 60% suggested that they would choose to travel this way.

The study also finds that one possible route for charging and paying for better-connected public transport could be via new or increased road charges. Overall, 63% were in favour of this as a revenue source, with only 14% against – despite almost 63% believing that they now drive more post-pandemic. Even in cities with the highest percentage of driving commuters, there is still a majority in favour of such taxes (51% in Toronto and 52% in Washington).

“Cities face significant pressure to reduce the cost of operating their transport networks, cut congestion and minimise CO2,” Ludmil Neykov, Chief Digital Officer for Hitachi Rail, said. “This can be achieved by moving people out of their cars and onto public transport, which poses a significant challenge for many cities and for many reasons. Our research shows that three-quarters of people would use public transport more often if it was better-connected and more convenient, and that access to a single smart phone app for the entire network would be preferable. From Turin to Paris, and from Toronto to Bangkok, we are ready help cities to reduce costs, carbon and congestion through our digital systems and services.”

“Public transport must sit at the heart of the mobility revolution, becoming the backbone for how people travel in large urban and suburban areas,” Ilaria Gavuglio, CEO of Genoa’s public transport operator AMT, said. “Our focus is on smarter digital transport – as AMT delivers in Genoa through the GoGoGe app based on Hitachi Rail’s 360Pass technology. The story for future public transport is based in convenience and comfort, and will be delivered by digitalisation. We have to work to deliver a system that is increasingly attractive, effective, and sustainable, delivering green transport for our citizens and for the benefit of society. The challenge is to increase the use of public mobility compared to private vehicles. Our Mobility-as-a-Service approach builds a business model that is designed to meet passenger needs: easy, immediate, integrated, and comfortable.”