Cambridge’s newest rail station is already helping to speed up journeys for commuters into and out of the city less than two months after opening. 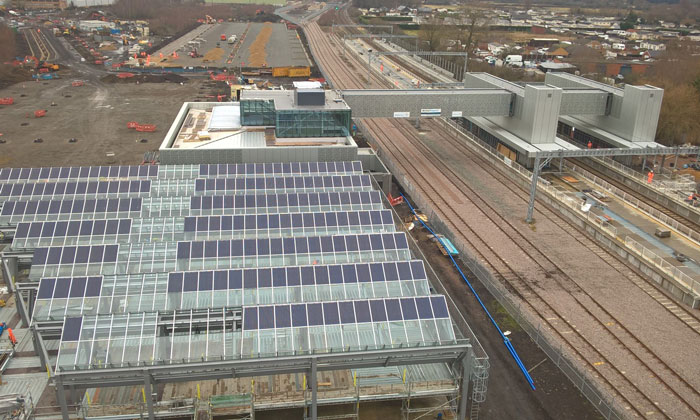 Cambridge North station was officially opened by Transport Secretary Chris Grayling on 7th August 2017. On his visit to the city he also met with key stakeholders on the innovative East West Rail (EWR) project.

The station is set to serve up to 3,000 commuters a day. It is helping to cut traffic congestion into the city centre and is making journeys to the Cambridge Science Park quicker and easier.

“The opening of Cambridge North marks the start of our plans to transform journeys for passengers in Cambridgeshire and maximise growth for the wider region,” commented Mr Grayling.

“East West Rail is at the heart of that transformation and can be a critical part of our plans to make this region the UK’s own Silicon Valley, a world-renowned centre for science and innovation.”

EWR is planned to link Cambridge and Oxford directly by rail for the first time in 50 years and is one of the UK’s most strategically important rail projects. As well as helping to develop the region into the UK’s own Silicon Valley it could boost other initiatives including housing, science, technology and innovation.

The aim is also to provide a new direct rail link between East Anglia, the south midlands and the south-west, helping to grow the UK’s economy.

Upon completion, it will mean journeys between some of the country’s most economically vibrant towns and cities will be quicker and easier.

“It has improved the way people travel around the city with better connections to both Cambridge city centre and to London, and provides vital rail links to the science and business parks, to support jobs and create new opportunities.”