Government of Canada to fund new fleet for VIA Rail 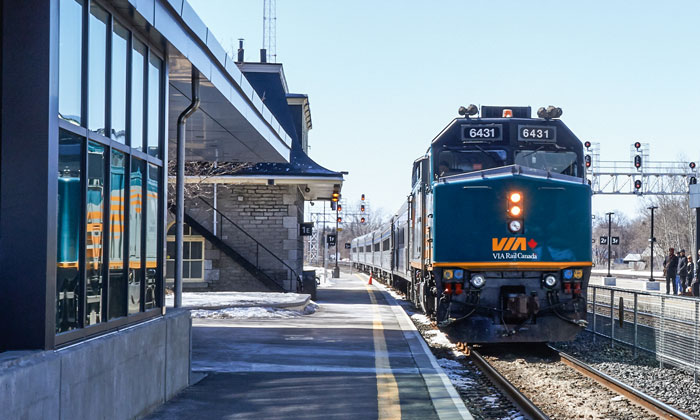 The Government of Canada has a long-term plan that focuses on people and the top priorities for Canadians – of which a good transportation system is a key element. Canadians in all regions are able to travel on passenger rail fleet that is efficient, safe, accessible and affordable. In a bid to maintain this service and keep the country’s travel system competitive and efficient, the Honourable Marc Garneau, Minister of Transport has announced that the Government of Canada will provide funding for VIA Rail to replace its fleet in the Quebec City-Windsor Corridor.

As it is reaching the end of its useful life, the fleet in this corridor – which accounts for 94 per cent of VIA Rail’s ridership – must be replaced to help maintain passenger safety for the next 30 years. The new fleet will also provide the following benefits:

• Reduce environmental impacts as engines with the latest technology will be more fuel-efficient, resulting in air quality improvements
• Improve travellers’ experience and accessibility by including visual communication media for hearing-impaired passengers, purpose-built accessible washrooms, on-board wheelchair lift and a minimum of three wheelchair tie-downs per train, with two in the same car – an increase from the current one tie-down per train
• Increase VIA Rail’s operational flexibility and reliability by reducing the mechanical breakdowns that affect on-time-performance.

VIA Rail will soon launch a request for qualifications followed by a request for proposals. Interested bidders are encouraged to visit VIA Rail’s website regularly for updates.

Budget 2018 also proposes $8 million for Transport Canada to undertake foundational work to advance VIA Rail’s proposal for high frequency rail in the Quebec City-Toronto Corridor. This phase of the project would support further economic analysis of key issues associated with a project of this size, such as revenue and ridership projections, as well as estimates for capital and operating costs. This funding will also contribute to exploring opportunities to leverage private investment or a potential role for the Canada Infrastructure Bank, as well as open and transparent engagement with potentially affected communities, including Indigenous people.

Highest revenue month on record for VIA Rail Canada…

These activities would inform future decisions, allowing the Government of Canada to move forward with the path most likely to deliver good value for taxpayers and the best possible outcomes for travellers.

Commenting on the significance of this investment, Yves Desjardins-Siciliano, President and Chief Executive Officer, VIA Rail Canada, said: “It will allow us to significantly improve our intercity rail service. It will also ensure Canadians continue to have uninterrupted access to the Quebec City-Windsor corridor on a sustained long-term basis. A new modern fleet will provide our travellers with safer, faster, more frequent, more accessible and environmentally friendlier service. This important milestone moves us forward with VIA Rail’s transformation plan. It will make VIA Rail the smarter way for Canadians to travel in the Quebec City-Windsor corridor.”

The Government of Canada, VIA Rail Canada

The Government of Canada, VIA Rail Canada