Norway’s railway infrastructure to be digitalised by Siemens

Placed by Bane NOR SF, the €800 million order will provide a new digital signalling system that will enhance safety, punctuality and capacity for Norway and is planned to be completed in 2034… 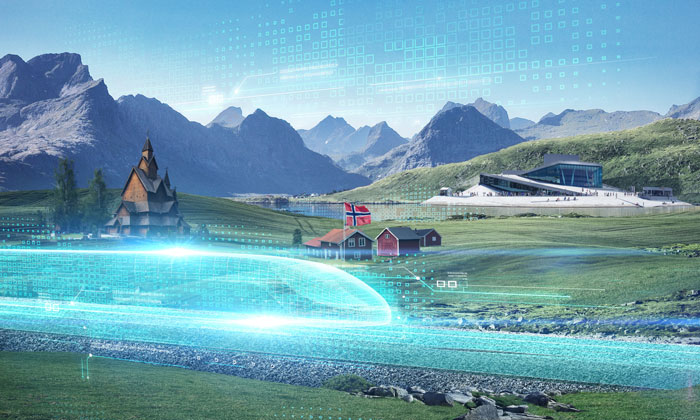 “This marks the start of modernisation of the Norway railway network. Bane NOR is creating the railway of the future with one of Norway’s largest digitisation projects,” said Sverre Kjenne, Bane NOR Executive Vice President.

The investment in ETCS is a major step in the railway revolution and Bane NOR will invest more than €2 billion in digitalisation and automation of its network over a 10-year period through their European Rail Traffic Management System (ERTMS) initiative.

“Together with Bane NOR, Siemens will renew the complete Norwegian rail network into a full digital IP based system – a real ‘Internet of Things’ system. This will save much hardware, allow for maximised capacity and provide the basis for data based minimised preventive maintenance. In the end it will allow passengers a far more efficient and reliable travel experience with far higher punctuality, increased capacity and throughput. All will be controlled via a central interlocking in Oslo, which gives the trains the authority to proceed via our ETCS Level 2 solution,” said Michael Peter, CEO of the Siemens Mobility Division.

The first line to be equipped with the new signalling system will be the Nordlandsbanen and is scheduled to begin operation in 2022. The introduction of ETCS in the Oslo area is planned for 2026 and completion of the new interlocking and train control system is planned by 2034.

With the ETCS as a cab-signalling system, main signals are no longer required along the lines since signal aspects are directly transferred to the driver’s cab. This will make railway operation more efficient.