Across the entire rail industry, just 16 per cent of employees are female, but Southeastern has many new schemes to improve this statistic. 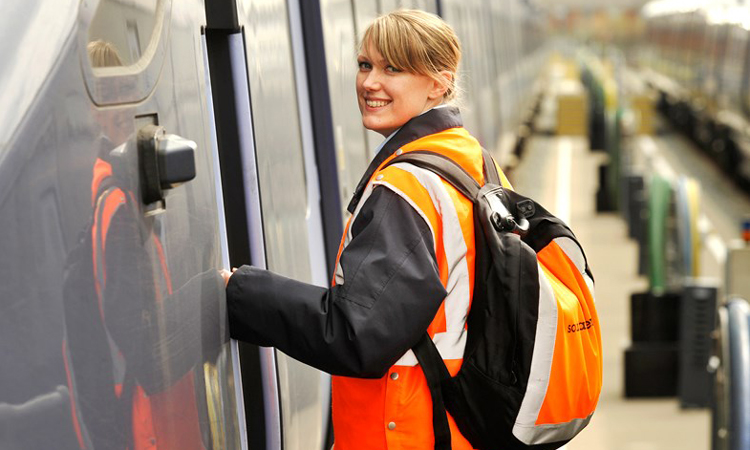 Southeastern has launched a new initiative to encourage more women to opt for a career in rail, an industry which can offer an exciting, fulfilling range of skills and opportunities.

Currently, only 4.5 per cent of Southeastern’s drivers are female – a figure in line with national statistics. Southeastern is determined to break the perception of driving trains as a male-dominated occupation and has set a target of raising the number of female applicants for train driver roles to 40 per cent by 2021.

Southeastern has introduced initiatives including mentoring and development programmes for female employees; amended imagery in recruitment campaigns to reflect diversity; mandatory unconscious bias training for all managers; partnership with WorkingMums to attract applicants; employability programmes aimed at women, to provide help with application and interview techniques; recruitment Open Days specifically aimed at women; and the establishment of a women’s colleague network group – WIRE.

Uniquely on the national rail network, Southeastern has gender balance on its eight-strong executive committee, with an even split of male and female executives.

Ellie Burrows, Southeastern’s Train Services Director, said: “Driving a train brings responsibility, pride and achievement. It’s high time we broke the perception of the railways as a male-dominated industry. There are thousands of talented women out there who could have a rewarding career working in roles ranging from engineering to driving, on-board supervising or sales.

“Society has moved on. It’s no longer the case that little boys play with toy trains and little girls play with dolls. It’s vital that as a major transport operator, we have a workforce that reflects the diversity of our passengers.”

Southeastern will soon be running a series of recruitment campaigns encouraging women and men from a wide range of backgrounds to apply for roles as drivers.