The contract, worth €530 million, is to build a 153-kilometre section of a new high‐speed railway in Turkey between Istanbul and the border with Bulgaria. 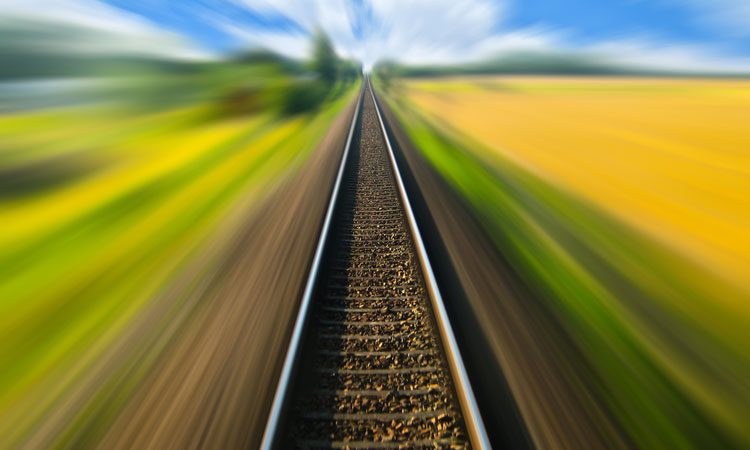 Finance will be received from the European Union via the European Investment Bank, guaranteeing a reduction in the risk profile while setting the entire production chain at high contractual standards and guarantees requested by international organisations.

The line will belong to the Trans‐European Transport Network (TEN‐T) which connects member countries of the European Union. It will be a part of the Orient/East‐Med Corridor, which connects Central Europe with ports of the North, Baltic, Black and Mediterranean seas. 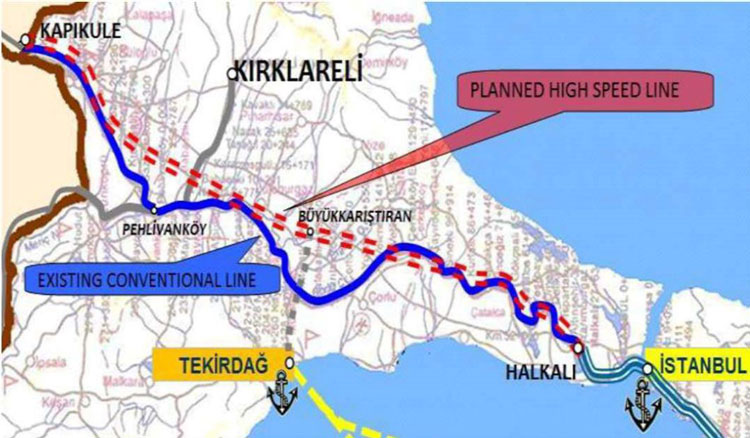 The planned route for the new high-speed rail

The project, overseen by the Directorate General of Turkish State Railways, will reduce travel times, increase safety and contribute to the development of the region.

After working a year on the project, Salini Impregilo will lead with a 50.01 per cent stake in a joint‐venture with Kolin İnşaat Turizm Sanayi ve Ticaret A.Ş., a Turkish builder with which the Group completed the reconstruction of the Köseköy‐Gebze section of a high‐speed railway in 2011 for the Ministry of Transport, Maritime Affairs and Communications.

This contract is to link the Halkali station to Kapikule with a double-track that will supplant the existing single-track and be suitable for trains that can travel at speeds of up to 200km/h. The contract includes electrification, signalling and other auxiliary civil works related to that section of the line.

The choice of the best technological solution among 10 alternative projects was made based on a cost‐benefit index. The contract also guarantees the immediate availability of machines to move 80 million cubic metres of earth.