The British railway regulatory authority has granted Stadler approval for the four-car bimodal FLIRT train for the use of Greater Anglia. 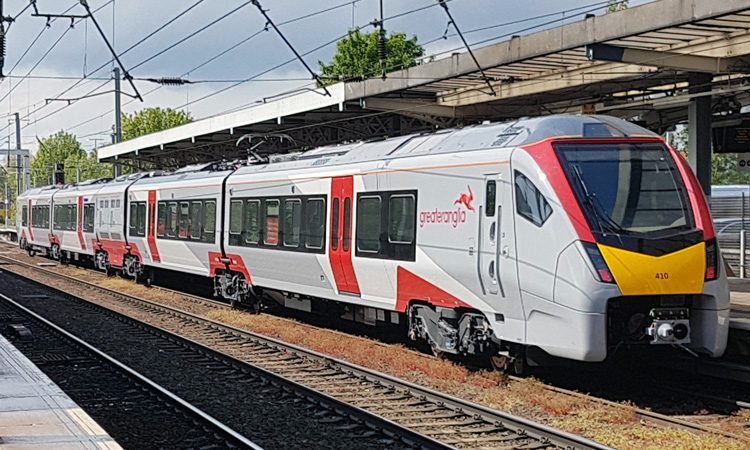 The British railway regulatory authority, the Office of Rail and Road (ORR), has granted Stadler approval for the 24 four-car bimodal FLIRT (BMU) for Greater Anglia. For Stadler, this is an important milestone in the project. It is the first FLIRT in the UK to receive an authorisation for placing the train into service (APIS). The test runs with the train for use in the UK only began at the beginning of 2019. Thanks to the excellent cooperation between Greater Anglia, Abellio, Rock Rail, Stadler and the authorities, the approval was obtained in record time.

The end-to-end low-floor trains are now undergoing the remainder of the testing and commissioning programme which needs to be completed before the trains can enter passenger service later this summer.

Meanwhile, the train type approval for the 14 three-car bimodal FLIRT (BMU) and the 20 twelve-car electric FLIRT (EMU) is expected towards the end of summer 2019.

With 20 per cent more seats, which have been designed to be as comfortable as possible, trains will feature low flooring to make them accessible for people in wheelchairs and with pushchairs. Windows will be bigger and ‘picture style’ to improve the passenger experience and create a more airy and spacious feel.

Mobile phone reception will be better and plug and USB sockets will be installed at every seat. Wi-Fi will be free and faster than previously. All trains will be fully air-conditioned and have disabled toilets and bicycle spaces.