In a first of its kind for England, the West Midlands Grand Rail Collaboration (GRC) has been established to ensure a close working relationship across the rail industry to coordinate improvements which will ultimately enhance passenger satisfaction. 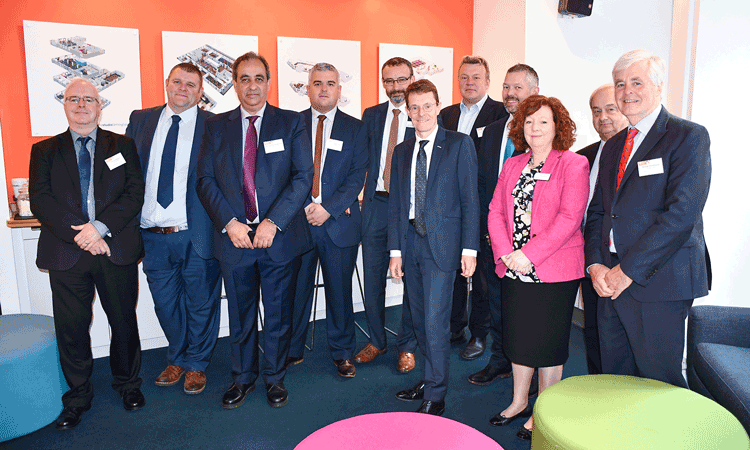 Rail industry bosses have come together in a ground breaking deal to drive up standards for rail passengers in the West Midlands.

Mayor, Andy Street, who is also the independent chair of GRC 2019-2020, said: “Rail patronage in the West Midlands is growing faster than the rest of the UK and we are investing massively in the railways and delivering new stations. However, we know problems still exist, particularly around punctuality and capacity, which is why I have launched the GRC so we can tackle these challenges effectively.

“Quite simply, this new collaboration is about putting the passenger first – whether that is with reliable and dependable services that meet where and when people want to travel, or by creating stations that are modern, clean, and accessible to all.”

As part of its new role, the GRC has established a performance task force, which is in place to tackle train reliability and punctuality challenges. The train operators and Network Rail are communicating openly to make sensible decisions about how trains are run in the best interests of the passenger.

Communities, accessibility and improving the overall station experience are also at the heart of the GRC. Ensuring that every user pays for their travel is another example of revenue protection managers from all train operators working together. A total of 206 ticketless train travellers using Birmingham New Street were issued with penalty fare notices by collaborative working on Friday 16 August.

Members of the GRC have pledged to tackle problems head on and promised action right here, right now. Invited stakeholders at the launch conference heard this commitment from lead representatives of the partner organisations.

Jan Chaudhry-van der Velde, Managing Director of West Midlands Trains, said: “With travelling by rail more popular than ever, this vital collaboration enables us to work together across the industry to provide the West Midlands ‘travel to work area’ with a joined-up, easy to understand rail network. By coming together with partners in this unique way we can be more proactive and make a real impact as the West Midlands transport network continues to grow.”