Angel Trains and Chiltern Railways have joined forces with Stratasys and DB ESG to trial the first 3D printed parts ever deployed within an in-service passenger train in the UK. 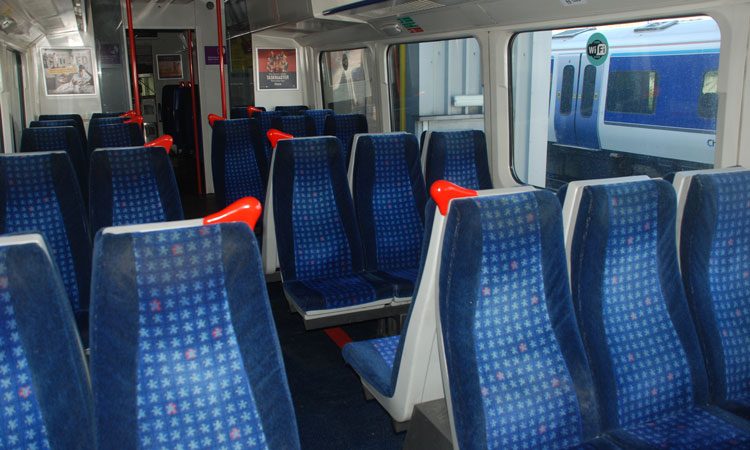 The cross-industry collaboration between Angel Trains, DB ESG and Stratasys aims to leverage 3D printing to help overcome issues around the replacement of obsolete parts across the UK rail industry.

The parts on trial include four passenger armrests and seven grab handles, which have been installed on Chiltern Railways trains. The trial’s success to date demonstrates how 3D printing can help train operators accelerate the replacement of obsolete parts, enabling them to get vehicles back into service quicker and better maintain their trains – improving the quality of service for passengers.

Phil Andrews, Interim Engineering Director at Chiltern Railways, said: “At Chiltern Railways we are excited to be part of this innovative trial using 3D printed parts on our trains. 3D printing has a much quicker turnaround and is more cost-effective than traditional manufacturing methods. With much of our fleet approaching 30 years old, it’s vital that we can source the parts we need as quickly as possible. This trial will play a part in maintaining our industry leading customer satisfaction scores and ensure our train interiors are maintained to the highest standards.”

James Brown, Data and Performance Engineer at Angel Trains, said: “In recent times, we’ve seen growing concern amongst operators that sourcing replacement parts for older train fleets at a reasonable cost and in a short timeframe is proving increasingly difficult. The problem is that traditional manufacturing methods only make it cost-effective to produce high volumes of spare parts, even though an operator may only need a few obsolete train parts replaced. In addition, lead times can take months. This is why we have teamed up with DB ESG and Stratasys, showing how operators can overcome these hurdles by using 3D printing to produce the exact amount of parts they need at a fraction of the time and cost of traditional methods.” 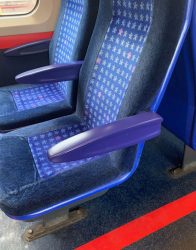 Such cost and time efficiencies are exemplified by the armrest feature currently in-service with Chiltern Railways. According to James Brown, the lead time for this part using conventional manufacturing methods would be approximately four months. However, with Stratasys FDM 3D printing, the final armrest can be produced within one week, representing a decrease of almost 94 per cent. James Brown believes that savings of up to 50 per cent per part will be achievable.

Similarly, in the case of the grab handle device, the replacement part was obsolete and the original supplier’s business was no longer in operation. As a result, to make more of these parts a new manufacturing tool would have been required, costing up to £15,000 and with a production lead time of two and a half months. With 3D printing, the seven grab handles required were produced at a significantly lower cost per part in three weeks.

James commented: “This is an exciting time for the UK rail industry. With this technology, train operators can be much more responsive to replacing passenger-facing parts that get damaged or vandalised. A 3D printed replacement part can be produced on-demand and installed immediately. With low-volume production now achievable, we’re also starting to explore how we can leverage 3D printing to customise interiors that are better suited to the passenger commute. For example, we’ve tested 3D printing seat back tables with braille informing the passenger that the toilet is 10 rows back from that particular seat. This level of customisation is unprecedented and can only be enabled by 3D printing, offering the potential to significantly improve both the servicing of trains and the passenger experience in the future.”

Following the success of the trial to date, the group has now established a repeatable process that produces parts compliant with rail industry standards and suitable for use in passenger vehicles. With positive responses received from train operators, the three-way consortium is now set to commence its next trial with Great Western Railway, which plans to integrate 3D printed parts within a selection of trains over the next few months.