Stations at Waterloo, Victoria and London Bridge have all increased their efforts to better the customer experience by making significant improvements. 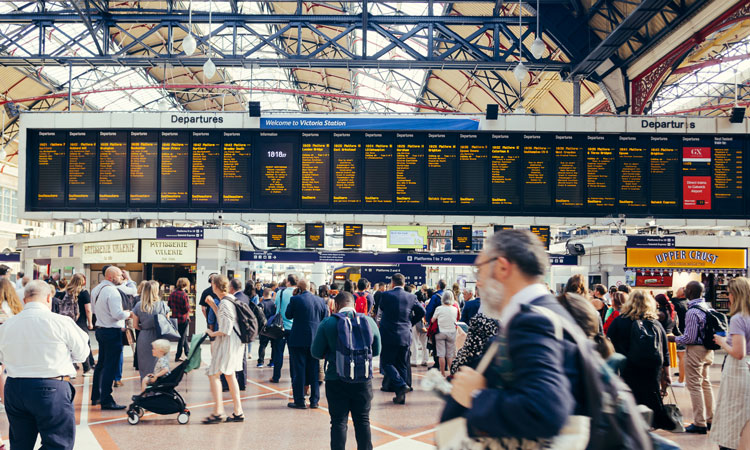 Managing Director for Network Rail, Southern Region, John Halsall, said:  “We have a programme to transform our stations for the millions of passengers and station users. It is down to the hard working and dedicated teams that we’re able to help so many people. We will continue to invest in our stations, as it is important to treat passengers as they wish to be treated and, by working with our train operator partners, we can make a real difference.”

The reopening of the terminal resulted in multiple benefits to the station, including more concourse waiting space, additional ticket barriers and improved access to the London Underground. Another improvement included the introduction of mobile information desks, allowing passengers to quickly get travel advice and staff to have access to real-time information, helping them to better assist passengers during disruptions.

London Victoria benefited from a refurbishment of its toilets, which are free to use, and the addition of a gender neutral facility. Both Victoria and London Bridge have introduced new wooden seating areas, doubling their seating capacity as a result, that feature built-in mobile phone chargers, and have installed water fountains in a bid to encourage the reduction of plastic waste.

London Bridge also followed in the footsteps of Victoria in implementing the ‘one team’ concept – Network Rail staff and employees at train operators Southeastern, Southern and Gatwick Express began wearing a ‘Team Victoria’ uniform. The change didn’t represent merely a cosmetic difference – staff are now trained appropriately in order to assist every passenger regardless of the service they’re using, meaning passengers no longer need to seek out specific staff for help.