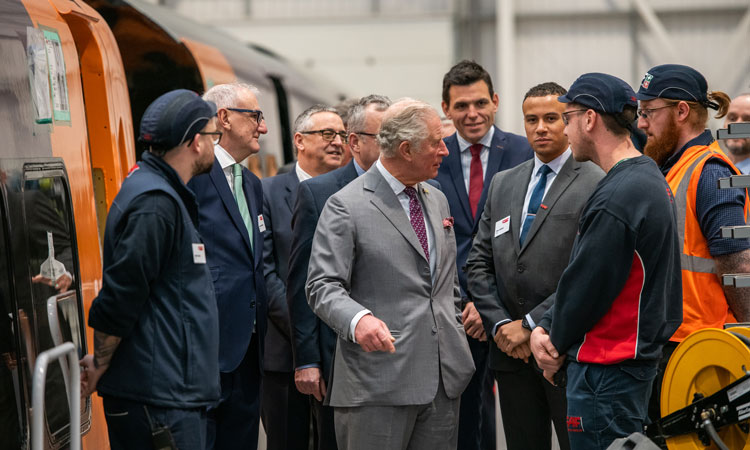 During the official opening on Friday 21 February 2020, The Prince was given a guided tour of the production facility – currently constructing Civity DMUs for Northern and West Midlands Trains – by Darren Cumner, Chief Operating Officer of CAF Rolling Stock UK.

Darren said: “It was an honour and a pleasure to welcome His Royal Highness to officially open CAF’s Newport manufacturing facility. The factory is fundamental to the company’s growing business operations and strengthens our position as the manufacturer of choice for the UK rail industry.”

During the tour His Royal Highness met members of the factory workforce and vehicle manufacturing team, and learnt about the CAF digital manufacturing system. The Prince boarded a Civity DMU destined for the Northern franchise, and was later invited to unveil a plaque to commemorate the official opening.

Andrés Arizkorreta García, CAF Chief Executive, added: “CAF is committed to expanding within the UK rail market and this can best be achieved successfully by establishing this UK-based facility. We are proud to be part of the immediate community in Newport and are working hard to build strong links to the region around our operations. Three-quarters of our factory employees are from Wales. CAF is also having a positive impact on the wider UK rail industry supply chain as we continue to grow the number of local and national companies supplying components for our vehicles.”

Following the completion of the Northern and West Midlands Trains orders, work will start on the Wales and Borders contract, where the entire fleet of 51 two-car and 26 three-car Class 197s will be built in Newport. The first Wales and Borders bodyshell is due to be delivered to Newport in March 2020, with production ramping up during 2021.

CAF has invested £30 million to open the factory and received significant grant support from the Welsh Government’s Inward Investment Programme.

The facility currently employs approximately 200 staff, which will eventually grow to around 300, providing opportunities for skilled technicians and engineers, management and support staff, as well as apprentices. 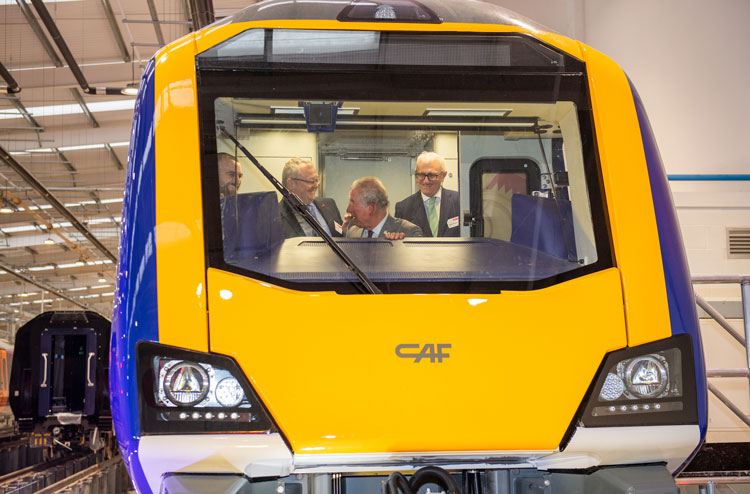