Alstom’s Coradia Lint regional trains have been ordered by Hessische Landesbahn for use on the Wetterau West-East subnetwork in Germany. 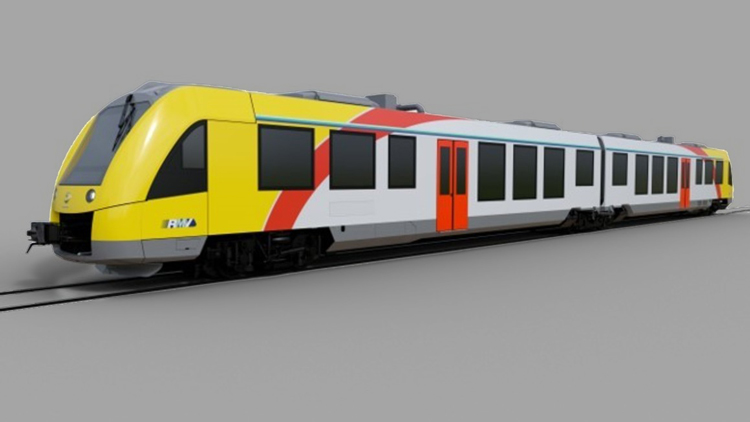 Alstom has announced that it has been awarded a contract by Hessische Landesbahn (HLB) for the supply of 30 Coradia Lint regional trains for use on the Wetterau West-East subnetwork from 2022.

The contract, worth €120 million, will provide HLB with trains that contain 120 seats, are spacious and bright, equipped for disabled passengers and offer a unique travel experience due to their large windows.

The Coradia Lint 41 DMUs each possess two multi-purpose areas for wheelchairs, prams and bicycles, as well as barrier-free universal toilets. In addition, they are equipped with Wi-Fi, power outlets in the seats, a passenger information system with monitors for real-time data and video surveillance to ensure a high level of passenger safety.

Jörg Nikutta, Managing Director of Alstom Germany and Austria, said: “The new order by HLB is a further success for our proven and best-selling Coradia Lint. We look forward to accompanying HLB in the delivery of reliable and comfortable train services to their passengers in the Wetterau area.”

The trains are the first Coradia Lint 41 to be equipped with diesel engines, fulfilling the new European Stage V emission standard. They are to be manufactured in Salzgitter, in Germany, at one of Alstom’s largest production sites worldwide.

The trains will have a maximum operating speed of 140km/h and boast high acceleration. After their delivery, they will operate on the routes Gießen – Gelnhausen, Wölfersheim-Södel – Friedberg (- Frankfurt), Nidda – Friedberg (- Frankfurt), as well as on the routes of Horlofftalbahn (Wölfersheim-Södel to Hungen) and Lumdatalbahn, in case of reactivation.

Managing Director of Hessische Landesbahn, Veit Salzmann, said: “We have been using Coradia Lint vehicles successfully on our networks for many years. We appreciate the continuity in the cooperation with Alstom and would like to emphasise that we have been supplied punctually and completely in all projects so far. We are convinced that Alstom will succeed in doing the same in the Wetterau region.”

With approximately 1,100 Coradia Lint sold since 2000, the trains have been operating on over 30 networks in Germany, Europe and Canada. Around 1,100 vehicles have been sold worldwide, to date. The trains belong to Alstom’s Coradia range of modular trains, which benefits from over 30 years of expertise and proven technical solutions. Thanks to continuous improvements, they offer the highest standard of safety, noise reduction and low emissions, and have a very high availability rate. Alstom’s Coradia family includes three different drive variants, which offer low consumption diesel, hydrogen or battery units.