Ivan Kršić, President of the Management Board of HŽ Infrastruktura, details the work being carried out to revitalise both passenger and freight rail in the Republic of Croatia and the benefits to be realised in creating a truly pan-European railway infrastructure. 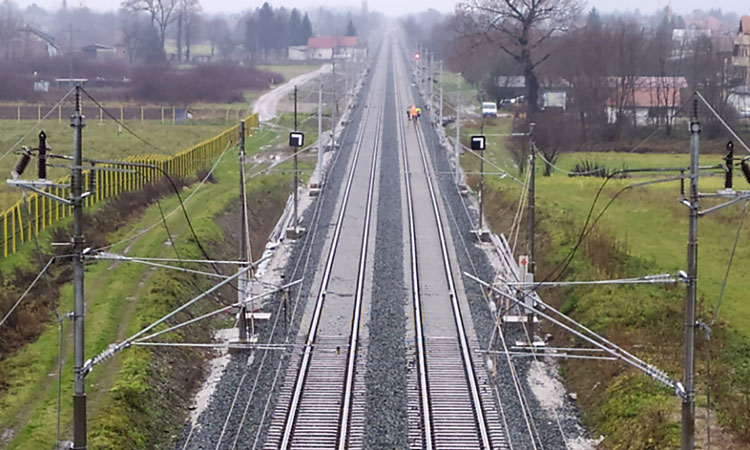 The European Union (EU) is paying great attention to the construction of an efficient and technologically developed railway infrastructure, which will consist of a Trans-European high-speed rail network and a Trans-European network of conventional railways. The main goal of the railway system transformation in the EU is to enable the railway to participate on an equal and competitive basis in the entire European transport market. The EU’s transport policy seeks to direct as much of its transport needs as possible towards rail in order to relieve the burden on the roads and achieve the greatest possible energy savings and environmental protection.

Considering the fact that almost 55 per cent of the railway network in the Republic of Croatia relates to railway lines that are important for international transport, in its modernisation of the Croatian railway network, HŽ Infrastruktura focuses on projects where co-financing is provided mostly from EU funds, i.e. those projects for which HŽ Infrastruktura has already secured European funds, as well as for all future projects that can be implemented through co-financing from EU funds.

These are multi-annual projects that are, together with European funds, provided from other sources (loans from development banks, the World Bank (IBRD), the European Bank for Reconstruction and Development (EBRD) and commercial loans).

Currently, HŽ Infrastruktura, as the manager of railway infrastructure in the Republic of Croatia, is the holder of the largest infrastructure projects in the country and the largest beneficiary of EU grants in the transport sector. The investment plan for the period from 2021 to 2025 amounts to €1.9 billion, of which 78.7 per cent refers to projects co-financed from European funds.

In the period 2025 to 2030, we plan to continue the implementation of projects that began in the previous period, but also to launch new projects in accordance with the Transport Development Strategy for the period 2017 to 2030.

In preparation and implementation, along with other investments, HŽ Infrastruktura currently has 19 large projects that will change the manner of rail transport in the Republic of Croatia by: enabling an attractive, fast, safe and economically competitive transport service; strengthening multimodal transport; influencing decentralisation; and improving rail transport as the most environmentally friendly type of transport. 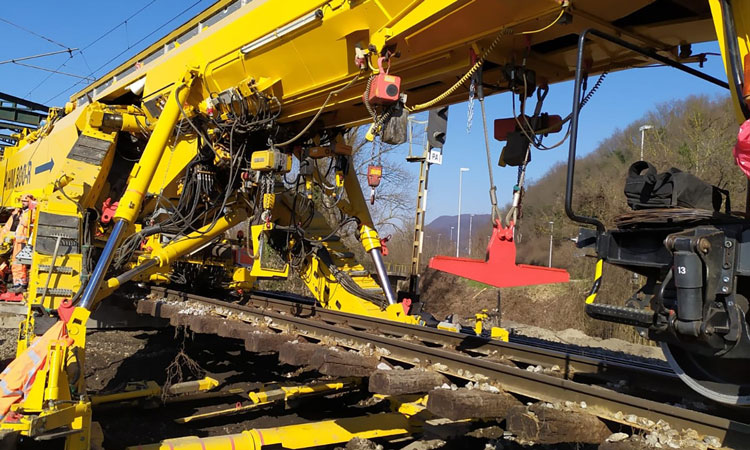 Upon completion of the mentioned 19 projects – of which 10 are in the works phase, three in the public procurement phase and six in the study and project documentation phase – passenger trains will operate at up to 160km/h, and freight trains at up to 120km/h.

In addition, projects for the reconstruction and modernisation of railways for regional and local traffic are being continuously implemented.

On the RH2 corridor, on the sections from Dugo Selo to Križevci and from Križevci to the state border with Hungary, HŽ Infrastruktura will completely reconstruct the existing track and build the second track of the railway line.
Regarding the modernisation of the railway line from Zagreb to Rijeka, funds have been provided for works on the reconstruction of the existing, and construction of the second, track on the Hrvatski Leskovac–Karlovac section. Funds have also been provided for the preparation of study and project documentation on the section from Karlovac to Oštarije and from Oštarije to Škrljevo. The preparation of study documentation for both sections is in progress, after which the variant of the most complex section on the corridor, the one from Oštarije to Škrljevo, will be defined. The continuation of the railway line towards Rijeka to Jordan is also planned. Upon completion of the mentioned projects, a railway line of high efficiency and satisfactory throughput will be built for the transport of goods from the port of Rijeka to the single Trans-European Transport Network, and passenger transport will be harmonised with European standards.

There is also the development project of a multimodal platform in the Port of Rijeka and connection with the container terminal Adriatic Gate (Rijeka–Brajdica), where works were completed at the end of 2020. Rijeka, as the most important Croatian port, received a modernised cargo station with increased loading and unloading capacity. It should also be mentioned that works are being carried out on the reconstruction of the Rijeka railway station and the construction of an intermodal station at the container terminal Zagreb Pier is in progress. 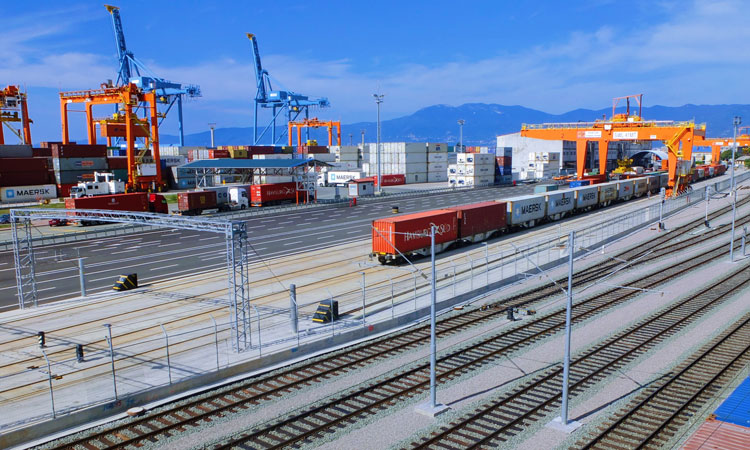 A multimodal platform development project in the Port of Rijeka and connection with the container terminal Adriatic Gate (Rijeka–Brajdica) was completed at the end of 2020.

The ultimate goal of HŽ Infrastruktura is the revitalisation of the entire railway network in accordance with European standards.

On the RH1 corridor, from the border with Slovenia to the state border with Serbia, intensive works are underway on the reconstruction of the railway line from Savski Marof to Zagreb Zapadni kolodvor (West Station). In addition to the mentioned project, the project that will greatly contribute to suburban traffic related to Zagreb is the project of the modernisation and electrification of the Zaprešić–Zabok railway line, on which the works are mostly completed, and where trains will operate at speeds up to 120km/h.

On regional and local traffic lines, a study documentation is in progress on the project of a rail connection within the functional region of the Central Croatia–Lepoglava junction, and works are underway on the project of upgrading and the electrification of the Vinkovci–Vukovar railway line.

HŽ Infrastruktura is continuously investing in raising the level of safety at level crossings, whether it is railway infrastructure modernisation projects that include works on level crossings on corridors RH1 and RH2, or level crossings located on the rest of the railway network.

When it comes to level crossings on the rest of the network, works on the modernisation of 50 level crossings in Croatia are currently underway, which are financed within the World Bank ‘Sustainable Croatian Railways in Europe’ project. In addition, HŽ Infrastruktura will raise the level of protection at an additional 95 level crossings, for which an agreement on the allocation of EU grants from the Operational Program Competitiveness and Cohesion was signed in 2021.

The ultimate goal of HŽ Infrastruktura is the revitalisation of the entire railway network in accordance with European standards. The aim is to increase the capacity of railway lines in the Republic of Croatia; increase the speed of traffic and raise the level of safety; and establish high‑quality rail freight and passenger transport.

Unfortunately, the circumstances in which the entire economy found itself in 2020 due to the COVID-19 pandemic have also affected the activities of HŽ Infrastruktura. Although the planned dynamics have changed, the projects prepared and implemented by HŽ Infrastruktura have not been stopped. Freight traffic has not been suspended either; in 2020, despite the economic slowdown, rail freight transport (in train kilometres) in Croatia increased by 11 per cent compared to 2019.

In June 2016, Ivan Kršić was appointed as a Member of the HŽ Infrastruktura d.o.o. Management Board-Director and, since that, he has headed the company. Since October 2017, he has been the President of the Management Board of HŽ Infrastruktura d.o.o. Ivan graduated from the Faculty of Civil Engineering, University of Zagreb, in 1999, after which he started working at the Institute of Civil Engineering of Croatia (IGH d.d.) and acquired extensive experience as Supervising Engineer, Chief Supervising Engineer, Head of the Professional Supervision Department, Project Director and Deputy Director of the Institute for the Supervision and Management of Projects, while working on major infrastructure projects. In December 2014, Ivan assumed the position of the President of the company Hidroelektra Niskogradnja d.d. 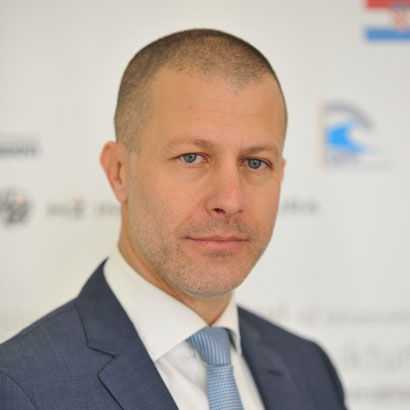