In 2023, the ‘Roadmaps for AI Integration in the Rail Sector’ project (‘RAILS’) – a first of its kind project addressing AI in railways from a broad perspective – will come to its end. For Global Railway Review, this article provides an outlook of the project and what it means for the future of intelligent railways. 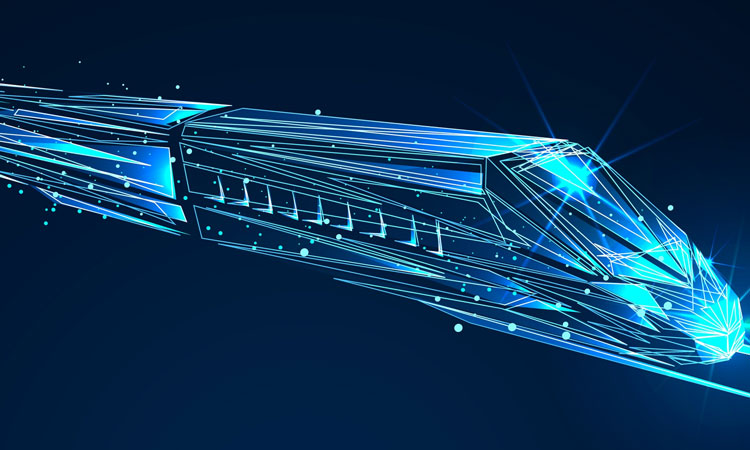 The project has been coordinated by CINI (National Interuniversity Consortium for Computer Science) through Prof. Valeria Vittorini (University of Naples Federico II, Italy) and technically managed by Prof. Francesco Flammini (Linnaeus University, Sweden). The project consortium also included the Delft University of Technology (Netherlands) and the University of Leeds (United Kingdom), with both having a long tradition and high reputation in railway transportation research.

The project was also supported by an industrial advisory board including the European Union Agency for Railways (ERA), Hitachi Rail STS, First Rail, MathWorks, Nederlandse Spoorwegen (Dutch Railways) and Prorail. Almost three years after the start of the project, important results have been produced and published in the most prestigious research journals in the transportation sector, which summarises the vision and achievements in several areas of the railways domain, such as predictive maintenance (including digital twins), track capacity optimisation, delay prediction, incident diagnostics, and autonomous driving based on machine learning for obstacle detection and signal recognition.

The results of the project will make it possible to take a step forward in the development of autonomous trains that operate in open environments, such as regional railways, by detecting anomalies such as the presence of people and other obstacles on the tracks using artificial vision.

At present, driverless trains are relegated to very specific and controlled contexts, such as subways equipped with platform screen doors. The results of the project will make it possible to take a step forward in the development of autonomous trains that operate in open environments, such as regional railways, by detecting anomalies such as the presence of people and other obstacles on the tracks using artificial vision. Among the other results of the project are intelligent fault detection at level crossings, which are currently inspected manually, with considerable difficulties, costs and delays in fault detection. The use of intelligent cameras with non-intrusive early recognition of video and audio anomalies (for example, delayed or slow barrier closure, or irregular alert signals) will allow considerable savings and at the same time increase the safety of level crossings, which is one of the priorities of many railway operators due to the high rate of accidents due to malfunctioning of the equipment not detected promptly.

Regarding optimisation, the project aims to achieve important results in terms of improving track capacity and responding to disruptions. In this context, it is worth mentioning the visionary paradigm of virtual coupling, which allows two or more trains to virtually couple and travel as if they were a single convoy, with obvious advantages in terms of capacity, due to headway reduction. In those areas, a preliminary technology transfer analysis was performed considering the achievements from other sectors, such as avionics and automotive, where the concept of cooperative driving was introduced several years ago under the name of platooning.

The project has attracted the interest of large associations and companies globally, thanks to a series of conferences on artificial intelligence (AI) in railways, namely AI4RAILS, created as part of the dissemination activities of the project. These conferences have attracted speakers such as Christian Chavanel, Director of the Railway Department at the UIC, and Giorgio Travaini, Head of Research and Innovation at Europe’s Rail Joint Undertaking (EU-Rail – formerly known as Shift2Rail), i.e., the European Union’s public-private partnership, established in the Horizon Europe framework, aimed at accelerating the development of new technologies and increasing the competitiveness of the railway industry in Europe.

“The AI4RAILS conference series enabled the sharing of project results and challenges between academic and industrial experts from all over the world,” Prof. Flammini said. “In fact, it has created a new community interested in the development of the so-called ‘smart-railways’.”

By the end of the project, scheduled for June 2023, use cases and experiments in various fields will be explored, including applications of computer vision, anomaly detection, and automatic optimisation, based on the sophisticated AI models such as deep neural networks. 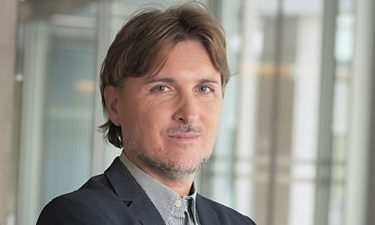 Prof. Flammini: “The expectation of the European community is that the project will act as a springboard for experimentation and for future projects aiming at improving railway performance, reliability, and safety by leveraging on the latest developments and state-of-the-art techniques in the field of AI and machine learning.”

Prof. Flammini concludes: “The expectation of the European community is that the project will act as a springboard for experimentation and for future projects aiming at improving railway performance, reliability, and safety by leveraging on the latest developments and state-of-the-art techniques in the field of AI and machine learning. In the meantime, we have gone further with experiments in simulated environments, and we have already detected a great interest from the industrial community in the results of the project, with several requests for collaboration, since it is actually the first time that researchers make an attempt to formalise and provide answers to the challenges of AI in railways, including aspects such as safety, reliability, and certification, which are limiting the introduction of autonomous vehicles even in less conservative sectors such as automotive.”

The European Union aims to reinforce its strategic objectives on sustainability as well as its innovation leadership in railways, which are considered the greenest means of transportation, and the RAILS project will set new standards and define precise roadmaps towards the achievement of those ambitious objectives.