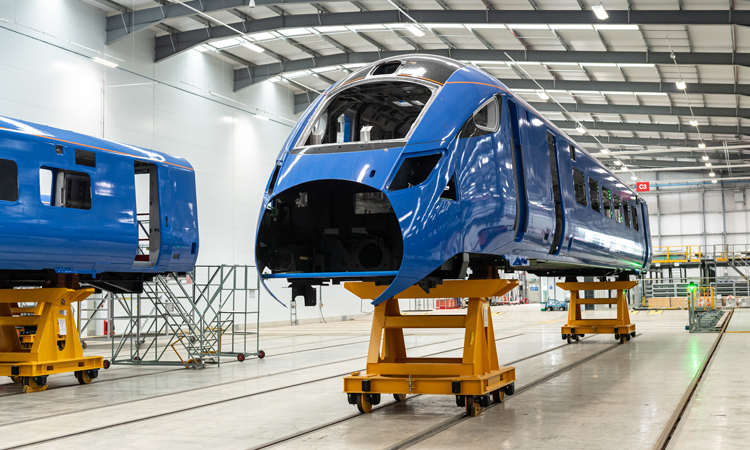 Signalling the start of a new phase of train building for the company, Hitachi Rail has announced that the manufacturing of five 100 per cent electric East Coast Trains has begun at its Newton Aycliffe factory.

Chief Operating Officer of Rolling Stock UK at Hitachi Rail, Ross Nagle, said: “Building these East Coast Trains signifies a new and exciting chapter for Hitachi Rail’s UK factory. It is an important step as we increase our manufacturing capabilities and upskill our workforce at Newton Aycliffe, including investing £8.5 million in new welding and painting facilities. The increased skills of our workforce makes us well placed to deliver a number of highly significant orders over the next 12 months, and consolidate our place as a strategic North East manufacturing hub.”

Despite the impact of COVID-19, Hitachi Rail has continued to work diligently and safely in preparing the factory and is now ready to begin manufacturing the East Coast Trains order.

East Coast Trains are focused on delighting passengers. They will have the first service of the day from London to Edinburgh, making it an attractive alternative to flying. The trains will also travel entirely in electric mode, resulting in zero-emission intercity travel.

These trains are part of the award winning Class 800 series, which are currently some of the UK’s most reliable new fleets and work to improve passenger satisfaction.

Hitachi Rail are due to build more intercity train orders during 2020, which will benefit from their £8.5 million investment in welding and painting at the factory.

Helen Wylde, Managing Director at East Coast Trains, said: “It’s great to see our new 100 per cent electric trains being assembled by the skilled team at Newton Aycliffe. We are delighted that these trains will be at the cutting-edge of low-emission rail transport, underlining the benefits of using our rail service for travel between the two capital cities.”