Alstom has launched the validation test campaign for the Prima T8 AZ8A freight locomotives in Azerbaijan on the main freight transit line, which has recently been converted from 3kV DC to 25kV AC. 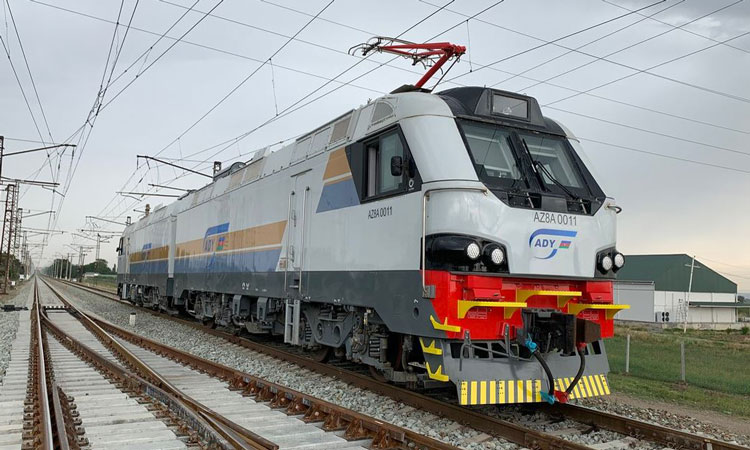 The Prima T8 AZ8A is based on the KZ8A locomotives currently in service in Kazakhstan and ADY’s specific technical requirements and is compliant with GOST1 standards and specifications.

Guillaume Tritter, Managing Director of Alstom in Western and Central Asia, said: “This is an important milestone in the project that we are developing together with Azerbaijan Railways (ADY). We are enthusiastic about the launch of the validation, which will ultimately allow our locomotives to enter commercial service in the country. Alstom is very proud of its strategic partnership with ADY, aiming to contribute to the development of railway infrastructure and increase of freight transportation capacity in Azerbaijan.

Alstom’s Prima T8 is one of the most powerful electric locomotives in the world. This model is a 25 tonnes per axle two-section freight locomotive capable of towing up to 9,000 tonnes and running at 120km/h, with installed continuous power of 8.8 Megawatts. The AZ8A is designed to operate in temperatures ranging from -25°C to 50°C. It requires minimum maintenance and provides high reliability levels and low lifecycle costs thanks to its modular design.

Alstom’s Prima range is covering all market segments of locomotives from heavy-haul, freight and passenger operation and shunting or trackwork operation. Over the past 20 years, more than 3,200 Prima locomotives (more than 4,600 sections) have been sold worldwide.

Alstom is present in Western & Central Asia with more than 850 people, three country offices, four depots, repair center and two plants, EKZ in Nur-Sultan for electric locomotives manufacturing and maintenance and production of on-board transformers, and KEP in Almaty to produce point machines. Alstom is a major contributor to the revitalization of country’s mobility industry and the development of its economy.

EKZ, a joint venture between Alstom and TMH (Alstom 75 per cent, TMH 25 per cent), employs 700 people and is working on supplying and maintaining the Prima electric locomotives ordered by KTZ, Kazakhstan’s national railway company and export markets, like Azerbaijan.