For the first time in France, a locomotive has run in partial autonomy, under real operating conditions, with fully automated acceleration and braking functions. 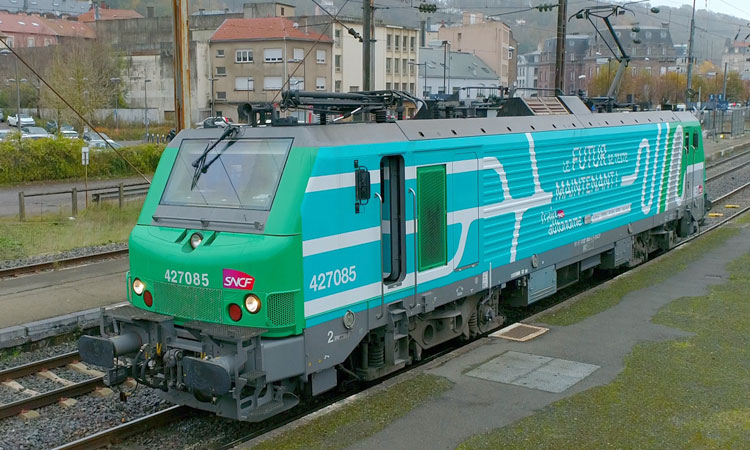 Two years after the launch in 2018 of a consortium to develop the prototype of an autonomous train, a Prima BB 27000 locomotive ran in partial autonomy on the national rail network between Longwy and Longuyon, in eastern France, on a line equipped with the European signalling system ERTMS, under the supervision of a driver.

The consortium, consisting of Alstom, Altran (a company of the Capgemini Group), Apsys, Hitachi Rail, Railenium and SNCF, carried out all the steps that made this important trial possible: from the design to the description of the computer systems, cabling and software programming. As a result of this work, to which nearly 100 people from all the partner companies contributed, the schedule announced in 2018 has been met and the ambition for 2020 achieved.

The next key stage of the project will be the circulation, at the end of 2021, of a train with the same level of partial autonomy on a line equipped with lateral signalling (the signalling in force before the deployment of the European ERTMS signalling system) without any modification to the infrastructure. This step will allow SNCF and its partners to manage all the possibilities of partially autonomous operation, regardless of the signalling system.

Meanwhile, engineering work is continuing in order to develop the various functions required for full autonomy, such as obstacle detection or environment monitoring. Twelve test sessions have been scheduled, which should enable the gradual addition of the functions required to increase the level of autonomy.

These stages will then take the consortium towards its final objective: running a prototype in complete autonomy in 2023.

Autonomy thus provides rail transport with new perspectives: more flexible organisation, with the possibility of rapidly changing the number of trains in line with changing needs. These benefits will encourage a modal shift from road to rail, thereby contributing to a more environmentally-friendly mode of transport.

Luc Laroche, Director of the Autonomous Train Project at SNCF, said: “Our shared project has just passed a key stage, in adherence to the schedule that was
announced. It’s a success. The research and tests conducted with our partners over these two years have allowed us to make rapid progress towards the autonomous train, and we are overcoming the technical obstacles one by one. Our work is aimed at making the rail mode more competitive and will contribute to developing a more environmentally-friendly mode of transport.”

Jean-Baptiste Eyméoud, President of Alstom France, said: “As the technical leader of the project, Alstom is particularly proud to have contributed to achieving a new stage of autonomous operation in France. This project is a major opportunity for Alstom to promote its skills and innovations in the field of rail automations and autonomous transport, thereby developing its leadership in new forms of autonomous and digital mobility.”

Gilles Pascault , President of Hitachi Rail STS France, said: “These first dynamic tests of an autonomous train, in GOA2 under ETCS on the national rail network, showcase two years of studies and partnerships based on the expertise of our engineering teams, the trustful relationship with SNCF and a common desire to innovate and promote safe, available and greener transport solutions. As part of this ambitious and innovative SNCF programme for the French and European rail sectors, Hitachi Rail is providing its technological components, its expertise and its experience commissioning the first autonomous train in Australia to contribute to the standardisation of a smart, sustainable railway world.”

Arnaud Maury, CEO France at Altran, said: “We salute the work of the teams and are very happy to contribute to this project, which is putting our engineers to work on the challenges of intelligent, connected, autonomous mobility. Above and beyond the technological challenge of the autonomous train, the entire sector can envisage new perspectives for its economic models, its activities and its environmental footprint.”

Christian Forestier, CEO of APSYS, said: “The chapter on cyber-security is an essential part of the Technical Architecture file. It provides the guarantee that the requirements of cyber-security are verified at the very deepest level of technology of the systems concerned. APSYS’ collaboration with ANSSI in this project has been particularly successful, and enables us to anticipate the issues related to the future certification of these autonomous systems in a proper manner. APSYS is very proud to contribute to the cyber securisation of this project.”