The Moscow Central Circle (MCC), one of Moscow’s most important transport networks, has inaugurated the trial of its first double-decker electric train, running for 15 days until 8 September 2021. 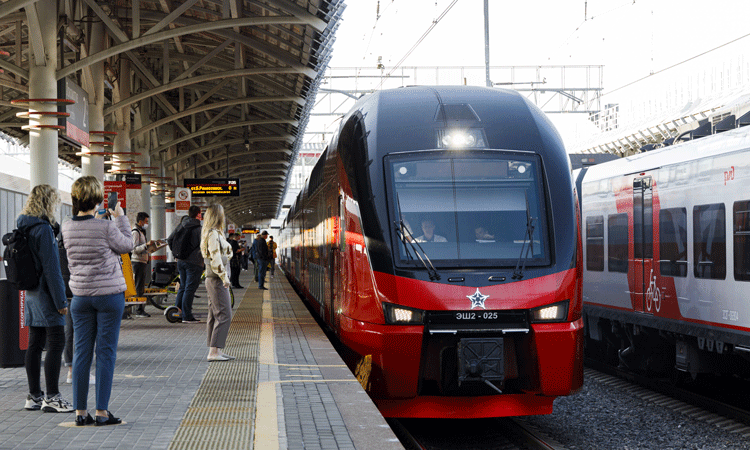 The city of Moscow is home to 12.6 million residents and as the largest metropolis and fastest growing city in eastern EU, the pace of development in railway transport is one of the highest in the world. The extension of Moscow’s transport system network and the construction of new stations located near to passengers’ homes and workplaces, was heavily requested by the passengers themselves due to the rapid growth of MCC passenger traffic. In the MCC’s first year, it carried 98 million passengers, 124 million in the second year and 142 million in the third year. Furthermore, post-COVID-19, passenger traffic on the Moscow Central Diameters (MCD) – a system of city train services on existing commuter rail lines in Moscow and Moscow Oblast – and the MCC not only recovered faster than other modes of urban transport, but also surpassed the pre-COVID-19 rate. This was a result of the continued construction and increase of residential and commercial properties around the MCC network, which is anticipated to grow further.

“No one could have predicted that the passenger traffic would grow at this rate when launching the MCC,” said Maksim Liksutov, Deputy Mayor of Moscow for Transport. “The Mayor of Moscow, Sergey Sobyanin, instructed us to work on the Circle improvement. Together with our colleagues from the Russian Railways, we put in a lot of effort to make the trips by the Circle convenient including double headway reduction, a renewed train fleet on the urban train set, the opening of this and new concourses.”

“Today, four minutes is the maximum possible headway for the existing infrastructure and further reduction requires further development. With our colleagues we are working in that direction. However, at the same time we are looking for alternative solutions. One of them is the launch of the roomier double-decker electric trains. As an experiment, six-car Stadler electric trains were launched on the MCC. Based on the electric train operation analysis and after getting the passengers opinion, we will be able to make any further decisions on the possible usage of similar double-decker trains on the Circle,” added Maksim.

The Stadler double-decker electric train is the only one currently in operation throughout Russia, and has already received positive feedback from D1 passengers. Prior to its launch on the MCC, tests were conducted without passengers and the results demonstrated that the height of the platforms and flooring at all the stations were suitable for the new trains, and no issues were reported when operating the trains in  tunnels, under bridges and overpasses. Following successful tests on the MCC, the the trains will be deployed for full operation throughout Moscow.

The MCD and the MCC plays an integral part in the Moscow region’s transport system.

The 54km-long MCC was launched in 2016 and includes 31 stations, of which 18 have interchanges to the city’s metro line. Passenger traffic on the MCD and the MCC both recovered rapidly post-COVID-19, as well as increasing since 2019 numbers. In the first half of 2021, the MCC transported 71 million passengers, with a total of 242 pairs of Lastochka trains running throughout the day and 211 pairs on weekends. At peak hours the  train runs every four minutes and every eight minutes during non-peak hours. . Overall, the Lastochka can hold a total volume of 1,500 passengers.

In contrast the MCD is an underground railway network that is similar to the Crossrail in London and the RER in Paris. Since the launch of the D1 and D2 lines, there has been improved accessibility for more than four million people living in Moscow’s 45 districts and six regional cities. The MCD line consists of 60 stations with 21 interchanges.