A new Network Rail survey reveals that the British public view the railway as a greener mode of transport, yet many still use cars for travel. 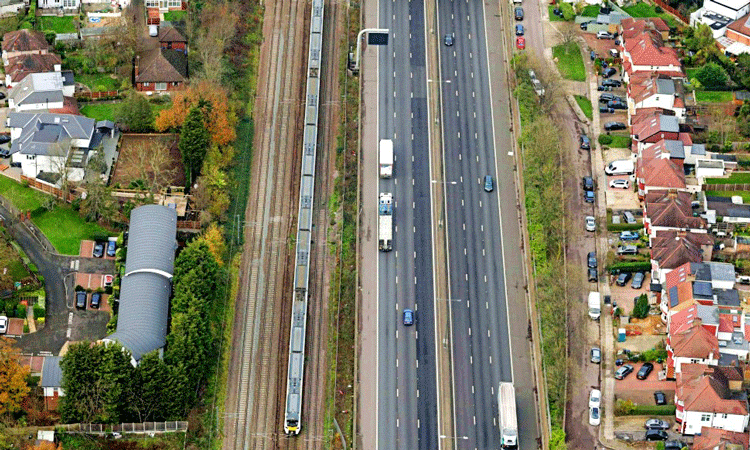 As part of a national survey carried out by Network Rail for the industry-wide ‘We Mean Green’ campaign to encourage travellers to make greener travel choices, it was found that two-thirds of the British public recognise the railway as a greener mode of transport, and yet 73 per cent of this group still primarily use cars to get around.

Two thousand people across the country were recently surveyed asking them a range of questions about their travel habits. It found that despite volatile fuel prices and rail’s significantly lower carbon emissions, people need further convincing to travel on trains rather than cars.

The rise in leisure travel re-affirms the major impact COVID-19 has had on shifting passenger travel patterns with many still working from home.

Tim Shoveller, Managing Director for Network Rail’s North West & Central Region, said: “Rail is the greenest form of public transport there is. We want to encourage as many people as possible to make the shift from car to train more regularly, particularly for long-distance travel, not just for the planet, but for reliability, comfort and safety.”

Incentives such as the introduction of flexible season tickets are helping to attract more people back to rail, with passenger numbers increasing by 19 per cent in just the last two months.

Total passenger numbers are now at around 65 per cent of pre-COVID-19 levels, with commuters steadily returning. Currently, 42 per cent of the UK rail network is electrified, although 70 per cent of trains run on these electrified routes.

Network Rail has committed to reduce its own operational carbon emissions by 25 per cent by 2024 as part of its pledge to become Net Zero by 2050 in line with government policy.

It is also the first railway firm in the world to set the most ambitious level of science-based targets for reducing carbon emissions to limit global warming to 1.5 degrees.