The new Academy will upskill local people to secure a broad range of jobs on the West Midlands section of HS2 – Britain’s new high-speed railway. 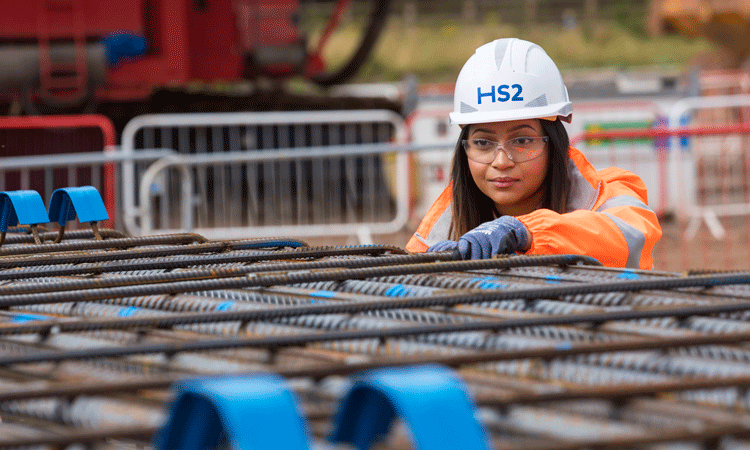 A new skills training academy established by HS2’s construction partner for the West Midlands, Balfour Beatty VINCI, has now opened its doors to the public.

Based within South and City College’s Bordesley Green campus, the Balfour Beatty VINCI Skills Academy is a new partnership venture between the college and HS2’s construction partner for the region.

The Academy will upskill local people, who are out of work or looking for a career change, with the entry level skills they need to secure a broad range of jobs on the West Midlands section of Britain’s new railway – a 90km route spanning from Warwickshire, through to Birmingham City Centre and up into Staffordshire.

The first in the region dedicated to providing training in readiness for jobs on Britain’s new railway, the Skills Academy will play an important role in helping HS2 to plug the local skills gap. In its recent report ‘Building the Skills to Deliver HS2, Phase One and 2a’, HS2 Ltd forecast that it will support over 34,000 jobs at peak construction, including over 2,000 new apprentice starts.

Rebecca Young, Skills and Employment Strategy Manager at HS2 Ltd, said: “HS2 is creating thousands of training and employment opportunities for people right across the region now and into the next decade.

“The Skills Academy will help to ensure that HS2 leaves a lasting skills legacy, and that local people are given every opportunity to be part of this once in a lifetime project that is already transforming the region and supporting its economic recovery from the COVID-19 pandemic.”

In the West Midlands, it is estimated that the construction of HS2 will generate a constant labour demand of around 10,000 jobs from now until 2027 to 2028. The findings of HS2’s latest report carefully examine the type of jobs it expects will be needed and measures this against local labour availability.

Where it is deemed there are skills shortages, HS2, its construction partners and key stakeholders including local authorities, training delivery organisations and Local Enterprise Partnerships work together to invest in plugging the skills gap. The Balfour Beatty VINCI Skills Academy is a product of that investment and a sign of the shared commitment to upskill local people ready for work on HS2.

Shilpi Akbar, Head of Stakeholders and Communities at Balfour Beatty VINCI, commented: “As our work continues to progress at pace, providing opportunities for people across the region remains a priority. We want everyone, particularly those who are currently unemployed, to benefit from the plethora of jobs set to be made available through the construction of HS2. Through our innovative partnership with South and City College, local people will be able to develop and hone the skills required to work on Britain’s new railway; skills that will ensure they thrive in their future careers in the construction and infrastructure industry.”

The Skills Academy will offer hands-on training, matched with classroom-based learning. Students will build and develop new skills, while securing nationally recognised accreditation that will prepare them for jobs on HS2.

As the largest provider of adult education in the UK and one of the highest performing colleges in the West Midlands, South and City College Birmingham is a valued partner in the Academy’s establishment. It shares the vision of ensuring that learning leads to earning and, through its established connections within the local community, will play a vital role in supporting local people into the training and employment opportunities HS2 is creating.

“I am really pleased that we have been able to set up the training academy,” said Mike Hopkins, Principal at South and City College Birmingham. “It is a fantastic partnership between the public and private sector which is for the good of everyone and will have a massive impact locally, providing a new route into jobs at all levels for unemployed people.”