In 2022, intercity battery hybrid trains will be trialled on the TransPennine route by both Hitachi Rail and Angel Trains, to further develop railway’s use of this clean technology. 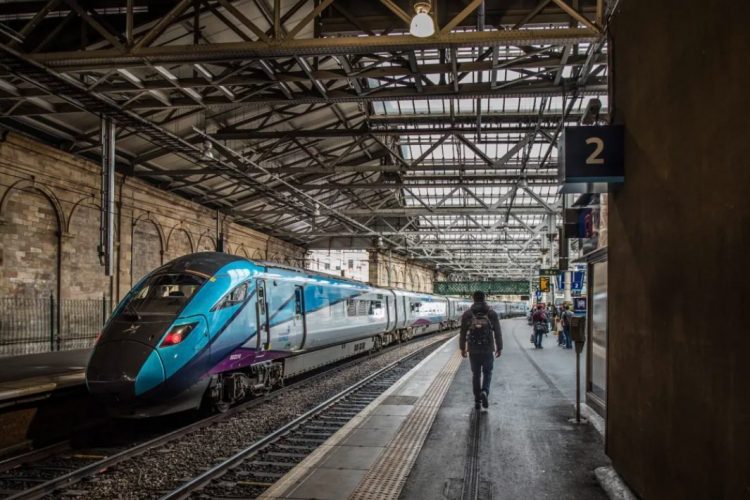 Hitachi Rail, Angel Trains, and TransPennine Experss (TPE) have agreed in principle to retrofit intercity battery hybrid trains in order to carry out a trial of this clean technology on the TransPennine route in 2022.

Installing battery technology on a Hitachi intercity train will help cut fuel usage and reduce carbon emissions by at least 20 per cent. A successful trial of the technology will unlock the potential for further emission and fuel savings to support industry decarbonisation targets.

Once complete, the trial provides a pathway for Hitachi Rail, the train builder and maintainer, and Angel Trains, the train’s owner to develop plans to retrofit batteries to the wider fleet.

The TPE ‘Nova 1’ fleet comprises 19 trains that connects major towns and cities across Northern England and Scotland. The trial will complement the major, multi-billion-pound Transpennine route upgrade currently helping to improve connectivity across the North.

The trial will see a diesel engine replaced by batteries to help power a five-carriage train, along with the two remaining engines. The power provided by the batteries will help to reduce the amount of fuel required to operate the train.

By using less fuel, the service will cut carbon emissions by at least 20 per cent, with the potential for further savings. The technology benefits passengers by operating solely on battery power when travelling in and out of station areas, cutting noise pollution and helping to improve air quality.

While parts of the TPE route are electrified, trains are currently required to use their diesel engines for the majority of the time. Ahead of the completion of full electrification, adding a battery and creating an electric-diesel-battery hybrid, offers a fast and effective means of reducing carbon emissions.

Hitachi is committed to becoming a climate change innovator and has been a Principal Sponsor of COP26. The business is a global leader in rail battery technology and in October 2021 celebrated five years since the inaugural run of the DENCHA train, the world’s first battery-powered passenger train. Hitachi is also able to draw on the support of its battery partner – Hyperdrive Innovation. The company is creating and developing battery packs for mass production at Hyperdrive’s HYVE facility in Sunderland, the UK’s first independent battery pack manufacturing facility.

Peter Wilkinson, Managing Director for Passenger Services at the Department for Transport (DfT), said: “I’m thoroughly delighted to see these battery trains progressing. In a world increasingly vulnerable to climate change, and the environmental and atmospheric impacts of carbon and other forms of pollution, the rail industry must both show leadership and take the lead; waiting for permission simply won’t be an acceptable excuse. This project is an exemplar and we are going to need others like it if we are to succeed in creating a future mixed economy of modern, environmentally clean, and safe future rolling stock traction solutions.”

Jim Brewin, UK & Ireland Country Lead, Hitachi Rail, commented: “This trial can deliver a significant green boost to passengers and operator alike, improving air quality, cutting carbon emissions by at least 20 per cent and reducing fuel costs. Hitachi Rail is a world leader in battery technology and believes it will be key to the UK hitting its net zero targets.

“As a business with a footprint across the North of England and with our factory at Newton Aycliffe, we see enhancing the TPE network as meeting the government’s levelling up agenda, delivering greener, more efficient services to the region.”

“Investing in battery technology for our fleet of Hitachi Class 802 trains is critical to delivering a greener service for passengers travelling with First TransPennine Express,” said Malcolm Brown, CEO of Angel Trains. “We are committed to supporting the government’s net zero targets and working collaboratively with our partners to achieve these goals.”

Steve Montgomery Managing Director of First Rail, added: “We recognise and welcome opportunities to invest in sustainable rail initiatives and support innovations such as this which create solutions to help improve rail’s emissions and air quality, accelerating the transition to a zero carbon world. Working with our industry partners ensures that we achieve a better environment for our customers and will further encourage them to switch from cars to trains, which have a lower environmental impact per passenger mile.”

The TPE Nova 1 fleet entered service in November 2019. The 19 Class 802 trains in the fleet were built by Hitachi Rail and incorporate bullet train technology.

Communities across the North and Scotland are already seeing the benefit of greener electric and bi-mode trains. Alongside these developments, and the proposed battery hybrid trains, the Transpennine Route Upgrade will provide further opportunities to invest in greener technologies that could reduce carbon emissions and deliver a better environment for all.

This battery trial also represents a continuation of Hitachi Rail’s decarbonisation strategy to offer solutions for customers to help them reduce emissions around the world, through the provision of alternative fuel trains and encouraging modal shift away from cars and planes to trains.