Amtrak’s order builds on the initial order of 75 locomotives in 2018, with the first having entered service in February 2022. 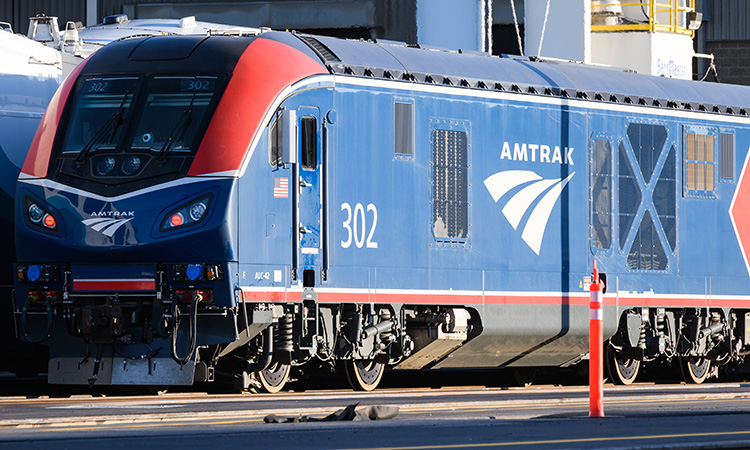 Amtrak has ordered an additional 50 Charge Locomotives from Siemens Mobility. Together with the initial order of 75 locomotives in 2018, the 125 diesel-electric units are an important part of Amtrak’s sustainability initiative and are considerably more environmentally friendly than their 1990’s predecessors. The total contract value of up to $2 billion includes the original contract for $850 million and incorporates both the manufacturing as well as the long-term service agreement for technical support, spare parts, and material supply.

“We are dedicated to continuously seeking new and innovative technologies that provide solutions to meet transportation needs while reducing health and climate impacts,” George Hull, Vice President and Chief Mechanical Officer for Amtrak, said. “We are focused on being the solution to get people out of cars and planes and onto rail for greater emissions reductions.”

“The US is one of our most important markets and we are honoured to again supply Amtrak and its passengers with the latest in sustainable and intelligent rail technology,” Albrecht Neumann, CEO of Rolling Stock at Siemens Mobility, said. “Amtrak’s further investment illustrates America’s commitment to sustainable transportation that offers passengers a more sustainable option for travel. Our industry leading locomotives, built in the USA, will play an important role in reducing emissions and protecting the environment in the United States.”

The Charger is the most energy-efficient Tier 4 passenger locomotive in the industry. They reduce emissions of nitrogen oxide by more than 89 per cent and particulate matter by 95 per cent, while consuming less fuel than the locomotives being retired, and can reach a greater top speed of 125mph.

The new locomotives are designated as ALC-42 for Amtrak Long-distance Charger, 4,200-horsepower. They will primarily replace Amtrak P40 and P42 diesel-electric locomotives, which have a lower top speed and began service under different emissions standards 30 years ago. The first of the ALC-42’s entered service in February 2022 on the Empire Builder route and are next to be deployed on the well-known City of New Orleans route, running between its namesake city and Chicago.

The ALC-42 locomotives are being manufactured at Siemens Mobility’s North American rail manufacturing facility in Sacramento, California and comply with the Federal Railroad Administration Buy America Standards. The plant is one of the largest of its kind on the continent, and one of the most sustainable, using a 2.1 MWp solar panel installation to generate much of its power from the California sun. It is part of Siemens Mobility’s larger U.S. manufacturing network, with eight facilities, more than 4,000 employees and 2,000 American suppliers, including Cummins, which manufactures the Tier-4 complaint diesel engines in Seymour, Indiana.