At InnoTrans 2022, DLR has been offering insights into its current work, projects, and results at Hall 2.2, Stand 460. 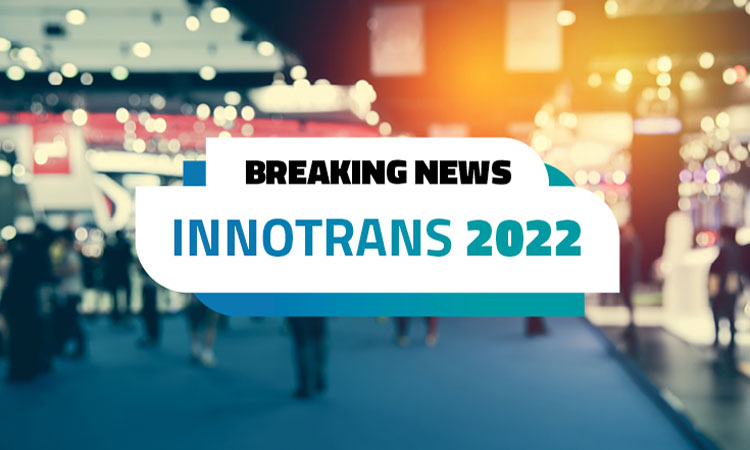 The German Aerospace Center (DLR) is researching the infrastructure and railway operational framework conditions, working on new, capacity-increasing concepts for vehicles, operations, and infrastructure, as well as innovative methods for maintenance and servicing. Strategies for automated rail traffic are also among the focal points, as is work on the future role of dispatchers and train drivers in rail traffic control and monitoring. DLR is providing an insight into its current work, projects, and results at the InnoTrans trade fair for transport technology in Berlin at Hall 2.2, Stand 460

“The importance of the rail system is currently becoming clearer than ever,” Karsten Lemmer, Executive Board Member responsible for Innovation, Transfer and Research Infrastructure at DLR, said. “The 9-Euro-Ticket has been significant for both the potential and the challenges of passenger transport. The low water levels of the rivers have restricted inland waterway transport and have also shown that railway capacities must not be neglected. DLR is conducting research on the entire rail system in order to increase rail capacities as well as comfort, safety, reliability, and punctuality. Through transfer from research to rail.”

DLR is the largest institutionally funded research facility in Europe with regard to rail transport research. A total of 13 DLR institutes contribute to research, development, and the transfer of innovations for rail transport. As a founding member of the Horizon Europe partnership EU-Rail, DLR works together with European rail operators and industry to further develop the railway system.

The running gear of a train plays an important role in fast, reliable, safe, and comfortable rail transport. This is why DLR is working on a novel, future-oriented chassis design as part of the Next Generation Train (NGT) flagship concept: it dispenses with continuous wheel axles, each wheel is driven independently and controlled intelligently.

The advantages of this approach are that trains could be more efficient and quieter in the future, with less wear and tear on wheels and rails. The structure and materials used in this high-tech chassis are optimised to be as light as possible, both in the load-bearing components and in the drive motors. Less weight reduces energy consumption and allows a greater payload. New degrees of freedom are also offered in the construction and design of the car’s interior because the spatial restrictions imposed by wheel axles are eliminated.

The concept has already proven promising in simulations and experiments with a one-to-five scale model of the NGT chassis. Therefore, the DLR researchers have now built a functional model as well as a full-scale test rig. With the help of this research infrastructure, called NGT FuN, the technology will be further developed and demonstrated over the next few years. DLR is presenting the chassis and research infrastructure for the first time at InnoTrans.