The rail industry plans to work with the government to prevent disruption to the over 2,000 intermodal trains transporting 1.22 million tonnes of freight per year after the UK leaves the European Union. 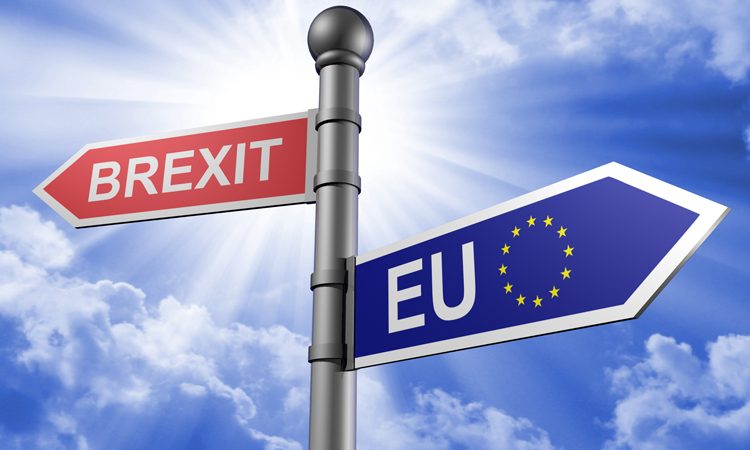 New proposals have been published by the rail industry which could relieve uncertainty for businesses who are worried about delays and lost revenue from customs checks after Brexit.

At present, rail freight inside the European Union operates without the need for customs declarations, but there is a site at each side of the Channel Tunnel for safety and security inspections. Converting the site at Dollands Moor in Kent for customs use has the potential to create significant congestion and delays which would disrupt trading and business supply chains, particularly ‘just in time’ manufacturing which minimises inefficiency and lowers costs.

A new report by the Rail Delivery Group demonstrates how the creation of new Railway Customs Areas (RCAs) at rail freight terminals would avoid the need for a single border checkpoint, removing the prospect of congestion on the rail network in Kent and securing the £1.7 billion economic benefits every year delivered by rail freight.

Paul Plummer, Chief Executive of the Rail Delivery Group, said: “As we leave the European Union, the rail industry is united in wanting to secure imports through the Channel Tunnel and provide new opportunities for British businesses. Our proposals to create customs facilities at freight terminals support and complement the work ongoing in Government for customs controls post-Brexit and will prevent unnecessary congestion on the railway and clear the way for smooth trade with our partners in Europe.”

With investment from the public and private sectors to provide suitable customs security measures at existing freight terminals, RCAs could ensure imports reach their destination without delay. This is crucial for manufacturing supply chains as well as drinks imports.

Hans-Georg Werner, Chief Executive of DB Cargo UK and Chairman of the RDG Freight Board, said: “Every day our trains move tonnes of produce, goods and materials which keep the shops full and businesses moving. We will work with the government to find a solution which is financially sustainable and underpin the future of £1.7 billion benefits of rail freight for Britain, providing opportunities for business across the country after we leave the European Union.”

A recent survey of 835 exporting or importing businesses by the British Chambers of Commerce and the Port of Dover found that 29 per cent of businesses felt the impact of delays at ports would affect them, while one in three businesses said they are unprepared for new customs arrangements.

Maggie Simpson, Executive Director at the Rail Freight Group, said: “Moving freight by rail is good for the environment, reduces road congestion and is safer than by road. We’re committed to growing rail freight through the Channel for the long-term which is why we welcome the rail industry’s proposals and support their engagement with government.”

Over 2,000 trains transported 1.22 million tonnes of freight during 2017, excluding containers from ships. In the first three months of 2018, international rail freight across the channel increased to 100 million tonne kilometres, up by a quarter (23 per cent) compared to the same period in 2017. There is currently spare capacity through the Channel Tunnel for rail freight imports and exports, creating opportunities for more freight to be imported by rail post-Brexit.

David Turner, Director of Rail at Malcolm Group, said: “As the operator of the Railport at Daventry, we handle daily trains from Europe which support UK manufacturing and retail operations. It is essential that this vital international supply chain remains efficient and continues to offer the cost effective, just in time services demanded by trade and consumers.”