Operation of ICE 4 equipped with ETCS is approved in Germany

Deutsche Bahn has ordered a total of 137 ICE 4 trains, all equipped with ETCS, which will operate not only in Germany but across national borders. 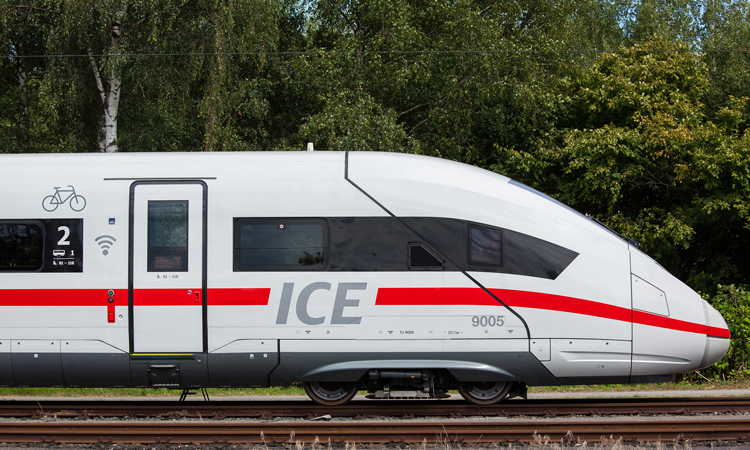 Germany’s Federal Railway Authority (EBA) has approved the ICE 4 for operation with the European Train Control System (ETCS) in Germany.

With this approval, the passenger service can begin as planned on the Berlin-Munich route, which is equipped with the system. The ICE 4 is scheduled to operate on this line when Deutsche Bahn (DB) changes its timetable on 9 December 2018.

The ICE 4 trains are equipped with an ETCS Level 2 Baseline 3 system for cross-border operation. Approval for the German rail network also includes the route to Basel-Bad, Switzerland and the trains may use the border crossing at Basel for entering Switzerland. Type approval for the trains, including the ETCS system, has already been successfully completed for the Swiss rail network, paving the way for the pending operating certification of the ICE 4 trains in Switzerland.

Of the 137 ordered trains, 100 12- and 13-car trains are intended for use in Germany, Austria and Switzerland. The remaining 37 seven-car trains will operate only in Germany and Austria.

The standardised ETCS system provides the basis for interoperability between trains and trackside equipment. Since being developed, ETCS has become the global standard, enabling continuous communication between trains and their route. With the system, train drivers receive their driving commands – such as the permitted speed, target speed and distance to destination – displayed directly on their cab console and not, as in the past, on signals along the track.

All data required for operation is continuously transmitted via the GSM-R digital railway radio system from the Radio Block Center (RBC) to the train and monitored. The exact position and direction of the train are determined by the train’s computer and continuously reported to the RBC.