At the UIC’s General Assembly held on 25 June 2019 in Budapest, François Davenne was officially announced as the association’s new Director General, with his appointment taking effect on 1 July 2019 for a four-year mandate. 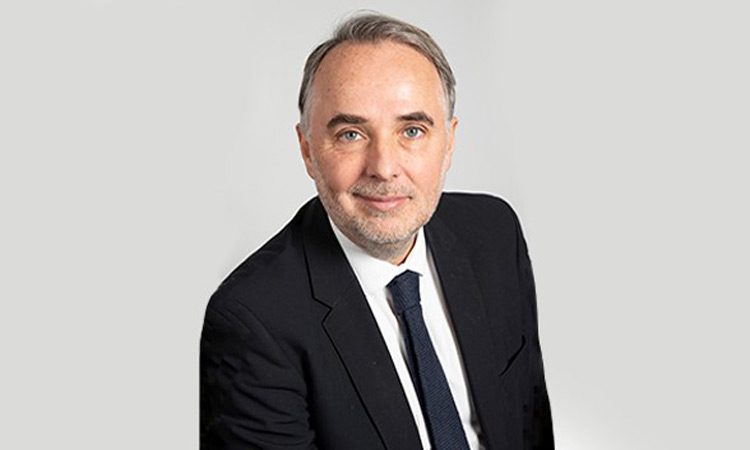 François succeeds Jean-Pierre Loubinoux who has served as Director General of the UIC for over 10 years.

François was appointed during the 2018 UIC General Assembly in Madrid and joined the association as Deputy Director General in January 2019 in order to ensure a smooth transition with his predecessor in the spirit of continuity.

During his four-year mandate, François will continue to promote the UIC’s operational role globally with a particular focus on improving the perception of the rail sector and on consolidating the position of the railways as the backbone of smart and decarbonised mobility. Thanks to the commitment of its members, the association benefits from a remarkable asset of standards describing the entire range of operational functions in the rail system. To fight against climate change and to establish the railways as the transport mode of the future, the UIC must serve as a central forum in which its members can define an innovative technical vision.

During the General Assembly, UIC Chairman Gianluigi Castelli highlighted that the period of transition has been managed very well over the last six months thanks to Jean-Pierre Loubinoux and François Davenne. He said: “After more than 10 years at the top, Jean-Pierre Loubinoux leaves behind a great legacy of work, competence and prestige at the UIC, while François Davenne takes on the challenging role of Director General. I am confident that François will be very successful. Vice Chairman Mr. Apaydin, whom I thank for his excellent work, leaves the post of Vice President to Mr. Ali İhsan Uygun. We recently met in Rome and, as Chair, we are both committed to ensure the fluidity of these important changes and the continuity of UIC activities. In fact, we had tasked Mr Loubinoux and Mr Davenne to conduct a smooth transition from the former to the latter and, judging by the feedback received, this has been achieved.

Furthermore, Jean-Pierre Loubinoux has been named Honorary Director General of the UIC by the General Assembly.

François Davenne graduated from the Ecole Nationale Supérieure des Télécommunications d’Evry in 1988 and from the Ecole Nationale d’Administration (ENA) in 1999. Throughout his career, he has consistently promoted interdisciplinarity as a key factor for success. Having gained experience in international satellite telecommunications, he initially held various roles in the housing sector, making use of his strong financial and legal skills. He was involved in policy and regulation of the sector and managed key operational programmes, most notably for the city of Paris.

After three years with the French Ministry of Transport, working on railway safety and regulation, with an emphasis on European regulations, François was elected in 2012 as Secretary General of OTIF, the Intergovernmental Organisation for International Carriage by Rail. From early 2013 to the end of 2018, he was promoted to interdisciplinarity and partnership building in order to expand and develop the uniform regulations for international carriage by rail.