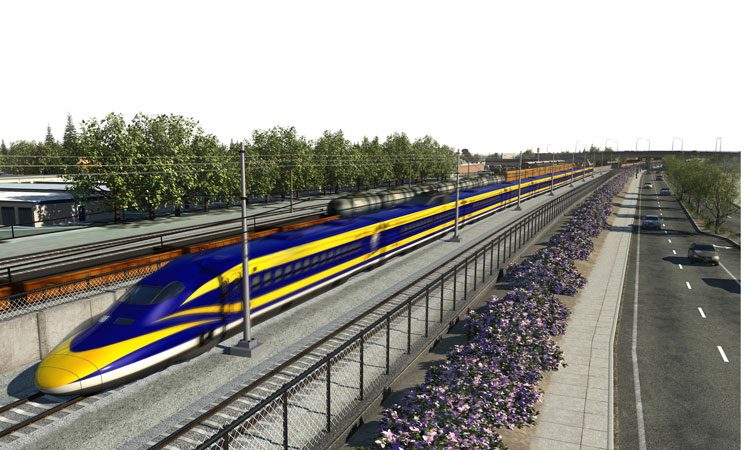 The California High-Speed Rail Authority’s (CHSRA) Board of Directors has announced that it has approved a preliminary funding plan with LA Metro to advance the Link Union Station (Link US) project. The approval outlines a proposal for CHSRA’s shared use of LA Metro’s right-of-way in Palmdale, at Los Angeles Union Station (LAUS) and several additional locations within Southern California.

Brian Kelly, CEO of the California High-Speed Rail Authority, said: “We appreciate the collaboration and partnership with LA Metro. These agreements we have reached together demonstrate concrete and realistic steps for us to move forward with the Link US project, while continuing with our efforts to bring high-speed rail to Southern California.”

The Link US project will work to transform how the regional rail system operates in Southern California by allowing trains to enter and exit LAUS from both existing northern tracks and new tracks to the south, over the 101 freeway.

LA Metro’s CEO, Phillip A. Washington, who addressed the Authority’s Board of Directors prior to its vote, said: “Metro is very excited to partner with California High-Speed Rail to enable future high-speed rail service to Los Angeles Union Station. We appreciate High-Speed Rail’s contribution of $423 million to this Link US project.”

In September 2019, CHSRA announced an agreement with LA Metro to work in collaboration in order to secure approval of $423 million in Proposition 1A funds that would be contributed towards the Link US project. The Proposition 1A funds were appropriated by the California Legislature pursuant to Senate Bill (SB) 1029, which was signed into law in 2012.

The Link US project is anticipated to significantly increase capacity for rail services while reducing train idling times. The project will also accommodate future high-speed rail services and greatly expand the station’s capacity with a new expanded passageway under the tracks and new platforms, escalators and elevators.

On 28 February 2020, CHSRA issued a draft environmental impact report/environmental impact statement (Draft EIR/EIS) pursuant to the California Environmental Quality Act and the National Environmental Policy Act for the Bakersfield to Palmdale segment. The authority anticipates issuing the DRAFT EIR/EIS for the Burbank to Los Angeles project section in the spring of 2020, with the environmental documents for Los Angeles to Anaheim and Palmdale to Burbank later in 2020. The preliminary shared corridor concepts outlined in this MoU will be included in these documents for public review and comment.