Hydrogen-powered train to run for first time on UK mainline

The hydrogen-powered HydroFLEX train, developed by the University of Birmingham and Porterbrook, will help to decarbonise rail transportation. 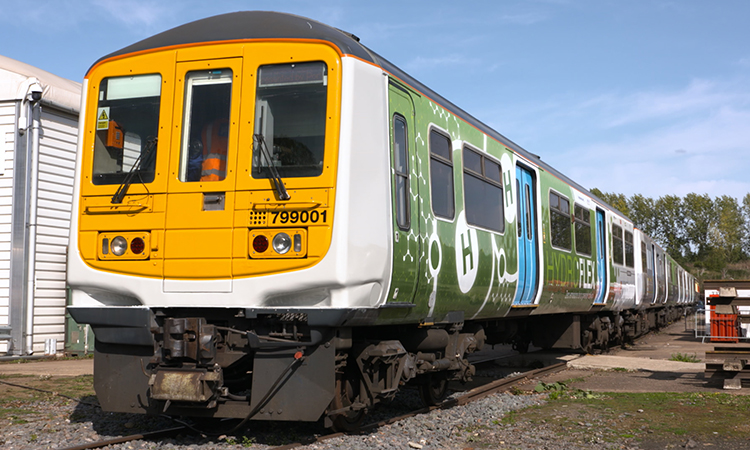 The first ever hydrogen-powered train will run on the UK mainline on 30 September 2020 as part of a major project in partnership with the University of Birmingham – signalling a big step forward towards the UK’s net zero emissions targets.

The trials of the train, known as HydroFLEX – which have been supported with a £750,000 grant from the Department for Transport (DfT) – follow almost two years of development work and more than £1 million of investment by both the University of Birmingham and Porterbrook.

Unlike diesel trains, hydrogen-powered trains do not emit harmful gases, instead using hydrogen and oxygen to produce electricity, water and heat. The ground-breaking technology behind the trains will also be available by 2023 to retrofit current in-service trains to hydrogen, helping to decarbonise the rail network and make rail journeys greener and more efficient.

Transport Secretary Grant Shapps, who met with leading rail experts from the University of Birmingham’s Birmingham Centre for Railway Research and Education (BCRRE) onsite on 29 September 2020 to see, first-hand, HydroFLEX on the mainline, has also announced the ambition for Tees Valley to become a trailblazing Hydrogen Transport Hub.

Bringing together representatives from academia, industry and government to drive forward the UK’s plans to embrace the use of hydrogen as an alternative fuel could create hundreds of jobs while seeing the region become a global leader in the green hydrogen sector. Tees Valley is perfectly placed to reap these benefits, following the development there of the world’s largest versatile hydrogen refuelling facility made possible through UK government funding.

Grant Shapps, the UK’s Secretary of State for Transport, said: “As we continue on our road to a green recovery, we know that to really harness the power of transport to improve our country – and to set a global gold standard – we must truly embed change. That’s why I’m delighted that, through our plans to build back better, we are embracing the power of hydrogen and the more sustainable, greener forms of transport it will bring.” 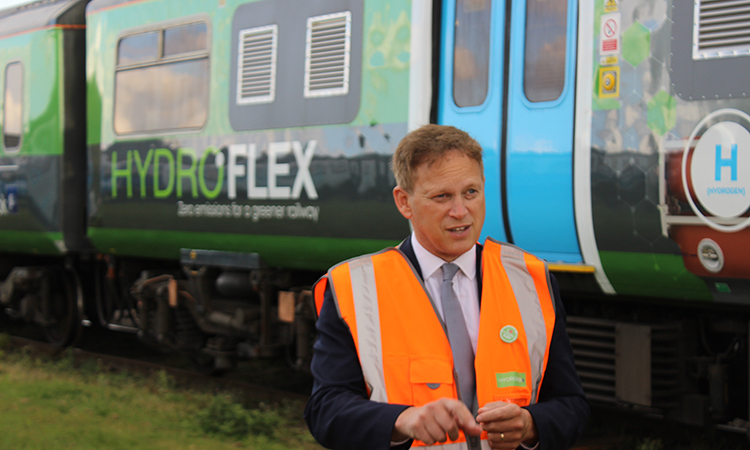 Head of the College of Engineering and Physical Sciences at the University of Birmingham, Professor Stephen Jarvis, said: “BCRRE is setting the pace for rail innovation both in the UK and globally. The HydroFLEX project is a great example of how world-class R&D, together with the right industry partnerships, can deliver decarbonisation technologies that are both innovative and practical. Successful mainline testing is a major milestone for HydroFLEX and is a clear demonstration of the important role hydrogen has to play in the UK’s rail industry. Through BCRRE and Porterbrook, we are looking forward to delivering this technology into the UK transport market, ensuring a cleaner future for our railways.”

To kick start the development in Tees Valley, the Department for Transport has commissioned a masterplan to understand the feasibility of the hub and how it can accelerate the UK’s ambitions in hydrogen. The masterplan, expected to be published in January 2021, will pave the way for exploring how green hydrogen could power buses, HGV, rail, maritime and aviation transport across the UK. The aim would then be for the region to become a global leader in industrial research on the subject of hydrogen as a fuel, as well as an R&D hub for hydrogen transport more generally, attracting hundreds of jobs and boosting the local economy in the process.

Through the £23 million Hydrogen for Transport Programme, the plans announced also include £6.3 million of funding for a green hydrogen refuelling station and 19 hydrogen-powered refuse vehicles in Glasgow, a world-first for the size of the fleet. This will give a post-COVID-19 boost to local economies through the creation of green jobs whilst also decarbonising the transport network.

The next stages of HydroFLEX are already well underway, with the University of Birmingham developing a hydrogen and battery powered module that can be fitted underneath the train, which will allow for more space for passengers in the train’s carriage.

Mary Grant, CEO of Porterbrook, said:  “Porterbrook is committed to innovation and the delivery of a carbon neutral and sustainable railway. Today’s mainline testing of HydroFLEX achieves another important milestone on this journey. I’m also delighted to be able to announce our intention to start producing HydroFLEX trains, creating the world’s first electric and hydrogen powered bi-mode rolling stock, as well as generating significant opportunities for the UK supply chain.”

DfT is developing even more ways to cut emissions across transport, as work to create the Transport Decarbonisation Plan continues. The plan will develop a first-of-a-kind approach to decarbonise every mode of transport and is due to be published before the end of 2020.