DB and SBB to expand services between Germany and Switzerland

As well as introducing new direct services between the two countries, SBB and DB will work to ensure that travel times will be further reduced. 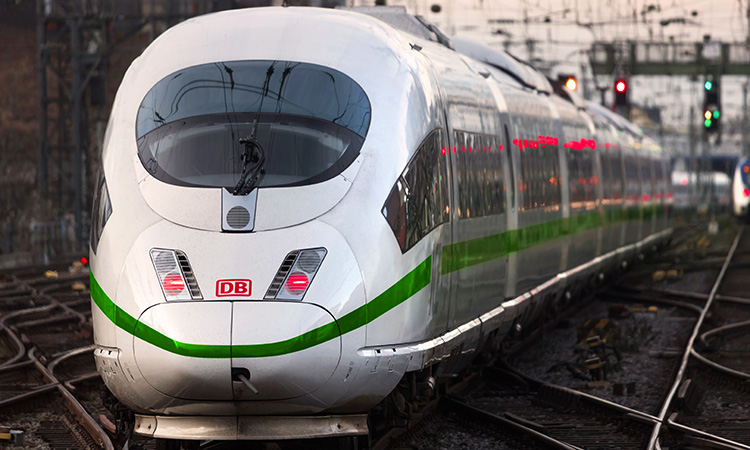 Deutsche Bahn (DB) and SBB are to further expand international passenger services between Germany and Switzerland over the medium-term. The two railway companies signed a Memorandum of Understanding (MoU) on the proposals on 15 October 2020.

This will involve the introduction of new direct services from Hamburg to Ticino and from Germany to Valais. Travel time between destinations in the two countries will also be further reduced.

Demand for international rail services between Germany and Switzerland has increased rapidly in recent years. At the Basel border crossing alone, the number of passengers has increased by over 25 per cent in the past five years.

Given the increasing importance of climate protection, the increase in travel by rail – an environmentally friendly mode of transport – is a trend which is expected to continue.

Despite the current challenges presented by the COVID-19 crisis, the two rail companies firmly believe that there is tremendous growth potential in rail services between Germany and Switzerland over the medium- and long-term. As a result, DB and SBB are planning a significant increase in services.

The planned increase in services will be made possible thanks to the opening of Stuttgart 21 and the completion of the Karlsruhe–Offenburg and Müllheim–Basel stages of improvements by 2026.

The increase in services involves switching operation of all ICE services between Switzerland and Germany to ICE 4s, this being DB’s most modern train, and the use of SBB Giruno compositions in Germany.

The key features of the service increase planned from the 2026 timetable are:

CEO of SBB, Vincent Ducrot, believes that this increase in services is another major step which underlines SBB’s strong commitment to significantly improving international passenger services: “We want to make rail travel in Europe easier for our customers. Rail offers major advantages in terms of travel time and comfort, and has gained further impetus from the climate debate. This is why we are focusing on the further development of international services. It is important to look at sustainable and efficient mobility at the European level. Infrastructure projects, such as the Ceneri Base Tunnel and Stuttgart 21, are pioneering in this respect.”

Richard Lutz, CEO of Deutsche Bahn, said: “2021 is the European Year of Rail. Projects such as the revival of the Trans Europ Express for cross-border services and the development of our cooperation with SBB demonstrate this. These are wonderful indications that rail travel is growing across the entire continent and, first and foremost, that people and economic activity in Europe are coming closer together.”

DB and SBB have been cooperating closely on cross-border long-distance services between Germany and Switzerland for many years. The two companies will continue to increase services together over the next few years. With the launch of the new timetable in December 2020, the number of services to Munich will increase from six to 12 each day. The current journey time from Zurich to Munich will be cut by 40 minutes to four hours in an initial expansion phase. In a subsequent expansion phase, travel time will be cut by a further 30 minutes to three hours and 30 minutes.