Bombardier has completed the construction of the first ZEFIRO Express train and Västtrafik has approved the build and awarded the Delivery Certificate enabling the testing and commissioning phase to begin. 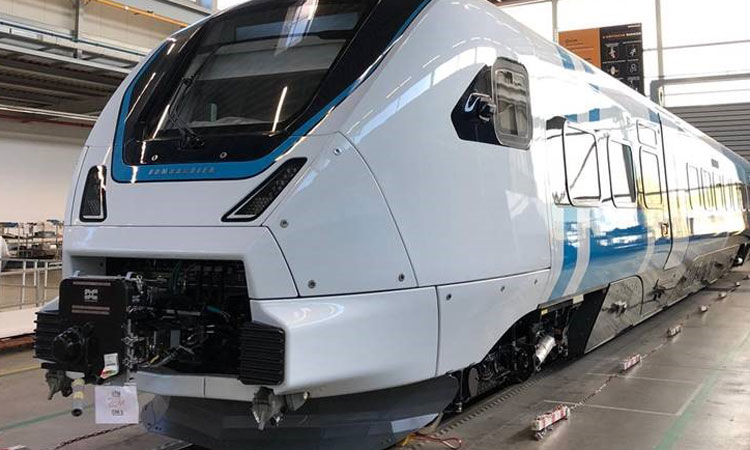 Bombardier Transportation and Swedish public transport operator, Västtrafik, have reached another significant milestone in the BOMBARDIER ZEFIRO Express train project; Bombardier has completed the construction of the first ZEFIRO Express train and Västtrafik has approved the build and awarded the Delivery Certificate enabling the testing and commissioning phase to begin.

Jarl Samuelsson, Business Director at Västtrafik, said: “It is gratifying that the first of our new trains is ready to hit the testing phase. Now we will ensure that the trains live up to our high demands on safety and efficiency.”

Henrik Junkrans, Project Execution Director Nordics at Bombardier Transportation, said: “Achieving the Delivery Certificate is a critical quality milestone in our schedule, and I would like to thank everyone in Västtrafik’s team and our Bombardier team for their hard work to reach this goal. Next steps are to undertake a series of static tests to ensure all onboard systems and equipment are fully functional and safe, followed by dynamic testing where we will witness the first ZEFIRO Express train in motion for the first time in the safe environment of our purpose-built test track.”

The extensive testing and commissioning programme will ensure the train performs as designed and meets the high standards of safety and efficiency demanded by railway safety regulations. The static and dynamic tests will check everything from the propulsion and train control systems to the wheels, bogies and braking systems, automatic doors, driver’s controls and passenger information systems. The tests will take place at Bombardier’s Hennigsdorf production site and test track in Germany.

The first train is scheduled to be delivered to Sweden in 2021, where it will undergo extensive commissioning on Västtrafik’s rail network.

In April 2018, Bombardier and Västtrafik agreed to the supply contract for 40 ZEFIRO Express three-car trains, then seven months later, Västtrafik ordered five additional trains bringing the total order to 45. The framework contract still has options for 55 further trains. These high-speed high-capacity Electric Multiple Unit (EMU) three-car trainsets will run with a maximum speed of 200km/h. To ensure reliability in harsh weather conditions, including temperatures as low as -40 degrees Celsius and snow drifts up to 80cm deep, the new trains are being equipped with a winter package including a robust propulsion system, a single-axle drive and very good slip-slide regulation.