The Connecting Europe Express will stop in most European capitals from September 2021 in a celebratory display of rail’s strength as a driving force for sustainable mobility. 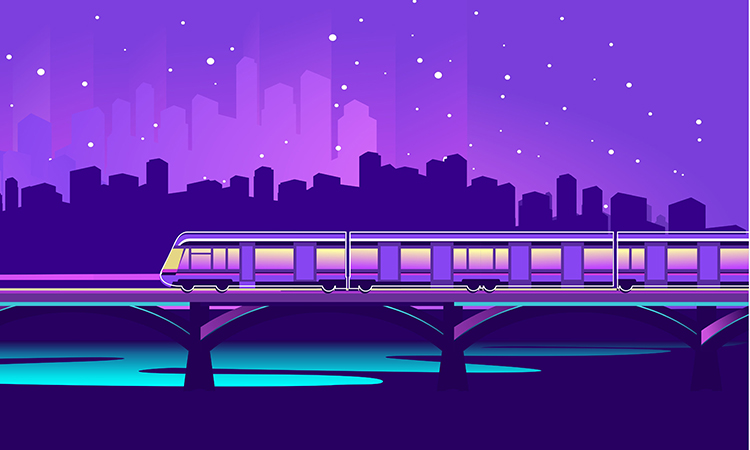 In September 2021, European railways will come together in an exciting new initiative launched on 29 March 2021 by the European Commission (EC): a special train – the ‘Connecting Europe Express’ – will crisscross the whole of Europe in a celebratory display of rail’s strength as a driving force for sustainable mobility, economic activity and European identity.

Announced by the European Commissioner for Transport, Adina Vălean, the Connecting Europe Express will be one of the European Year of Rail’s most visible initiatives. The Community of European Railway and Infrastructure Companies (CER) and its members are proud partners of this flagship project.

The project will begin its journey in September 2021, stopping in most European capitals with events and other activities planned at a local level, taking into account the applicable COVID-19 measures. At each stop, the train will deliver its important message on the benefits of rail as the cornerstone of a smarter, more sustainable way for passengers and freight to move efficiently, safely and seamlessly throughout the continent.

This is part of the overall goal of the European Year of Rail, which seeks to promote the use of rail among citizens and businesses and realise the shift to rail that is required for the European Union (EU) to achieve its decarbonisation ambitions under the EU Green Deal.

The European Commission enlisted the support of CER as project coordinator of the Connecting Europe Express to work with its rail operator and infrastructure manager members to ensure a smooth train run. Rolling stock, track access and staff will all be put at the project’s disposal. It will be a massive organisational exercise that will demonstrate the spirit of good collaboration between rail companies and their eagerness to contribute to the awareness raising efforts around the future of mobility in Europe.

European railways have a lot to showcase along the route of the Connecting Europe Express, including major infrastructure sites that highlight how investments in rail are helping to complete the EU’s Trans-European Transport Network and deliver the major targets of the EU’s Sustainable and Smart Mobility Strategy, most notably doubling high-speed passenger traffic by 2030, with a view to tripling it by 2050, as well as doubling rail freight transport by this same year.

This will require strong investment both in rail infrastructure and digitalisation, and it is exactly the kind of investment that Europe needs for a green economic recovery from COVID-19, providing sustainable growth, leading to more jobs and creating a brighter future. A more rail-connected Europe also enables sustainable travel and cultural exchange, enriching the European experience.

The European Commissioner for Transport, Adina Vălean, said: “The Connecting Europe Express will be a real, tangible example of the power of rail to connect. At each of the almost 40 stops, events will bring together the rail sector at large, as well as civil society organisations, local and regional authorities and the wider public, to discuss the benefits of rail, as well as what still has to be done so that rail can become the number one option for passengers and business.”

CER‘s Chair and CEO of ÖBB, Andreas Matthä, emphasised the significance of the joint project: “The Connecting Europe Express shows a strong commitment of the European Union and the European Member States, reflecting the importance of the railway sector. Only by consistently shifting freight traffic to rail and expanding international long-distance passenger rail services will Europe be able to achieve its climate targets and make the European Green Deal an overall success.”