RDG has warned the UK government that moving ahead with its aviation tax reform would equate to 27,000 tonnes of additional carbon emissions a year as people shift from rail to flying due to air fares becoming cheaper. 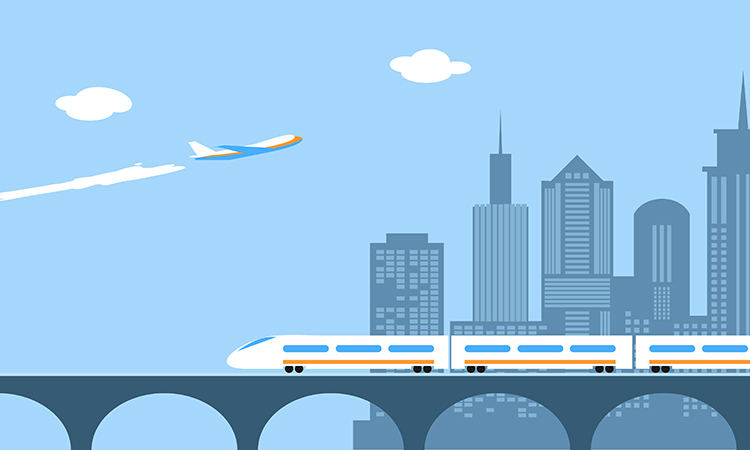 The Rail Delivery Group (RDG), which represents British train companies, has warned that a cut in taxes on domestic flights in the UK would see thousands of passengers shift from rail to air and undermine Britain’s carbon reduction targets.

In its response to the UK government’s consultation on aviation tax reform – which proposes reducing the levy that passengers pay on domestic flights, known as air passenger duty (APD) – RDG has outlined that its research shows that a 50 per cent cut in APD could result in 222,000 fewer rail journeys a year as people shift to flying due to air fares becoming cheaper, which is the equivalent to putting an extra 1,000 flights in the air each year. RDG estimates that these extra journeys would equate to 27,000 tonnes of additional carbon emissions.

In its response to the consultation, RDG is calling on the UK government to:

Train companies say that, while aviation has an important role to play in connecting places where rail or other types of transport are not a realistic option, rail is ultimately the greenest way to get large numbers of people from A to B, accounting for 10 per cent of journeys but only one per cent of emissions.

To reach its legal commitment of net zero by 2050, the UK government should therefore take steps to make rail travel a better option for people than air where trains are a viable choice, instead of making taking the plane cheaper.

Robert Nisbet, Director of Nations and Regions at the Rail Delivery Group, said: “Rail companies support the government’s goal of enhancing connectivity across the UK to drive economic growth and want clean, green trains to be the mode of choice for as many travellers as possible. Choosing to go by train is one simple way that people can help to cut carbon emissions. It’s vital that government does not discourage people from making green choices about how to get from A to B by using the lever of taxes to make more polluting modes of transport even cheaper.”