By committing to delivering hydrogen train fleet orders, the UK government can support the ‘build back better’ agenda, as well as skilled jobs, investment and growth. 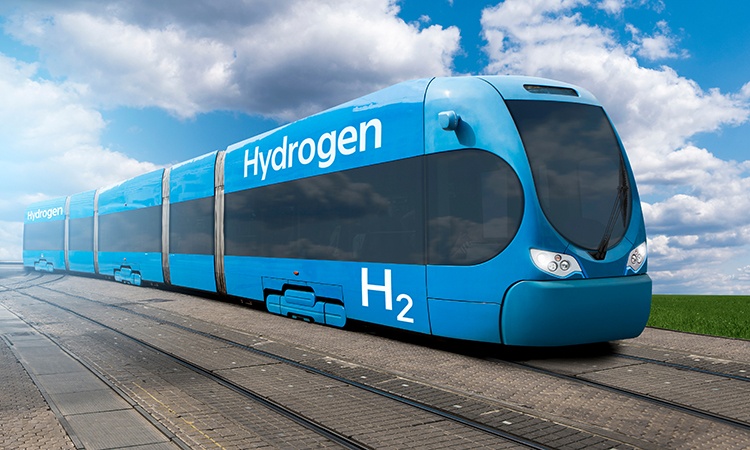 Concept image of a hydrogen train.

Ahead of the forthcoming UK government Hydrogen Strategy, the Railway Industry Association (RIA) – the voice of the UK rail supply community – has published a briefing highlighting the role that hydrogen can play on the rail network, and is calling for the government to commit to train fleet orders.

The briefing sets out how a hydrogen train fleet order could:

The briefing forms part of RIA’s Rail Decarbonisation 21 campaign. The campaign is calling for a specific commitment to decarbonising the rail network from the UK government, through further electrification work and fleet orders of low carbon, self-powered rolling stock, ahead of the United Nations’ (UN) Climate Change Conference (COP26), which is taking place in Glasgow in November 2021.

In May 2021, the UK government acknowledged that the UK will need hydrogen trains and said that they will support the deployment of the technology on certain lines, as part of its response to the Transport Committee’s Trains Fit for the Future report.

Kate Jennings, Policy Director at the Railway Industry Association (RIA), said: “The UK rail industry has the capability to be world-leaders in developing hydrogen trains. As we approach COP26, the government has the opportunity to kickstart the decarbonisation of the railways and showcase our expertise in this area. Already a low carbon mode of transport, taking diesel trains off the network through electric, battery and hydrogen trains would help to generate jobs and investment, reduce emissions and support a pivotal industry.”

“So, today, we are calling on the government to commit to a train fleet order of hydrogen trains as part of its upcoming Hydrogen Strategy. The supply chain stands ready to deliver, and further investment could give the industry a real boost – supporting the ‘build back better’ agenda, skilled jobs, investment and growth – and providing the UK with a competitive advantage from which to export abroad,” she concluded.