Following months of consultation with passengers, businesses and communities, Britain’s Rail Delivery Group (the RDG) has submitted proposals to the Williams Review that would create a generational step-change in accountability and customer focus. 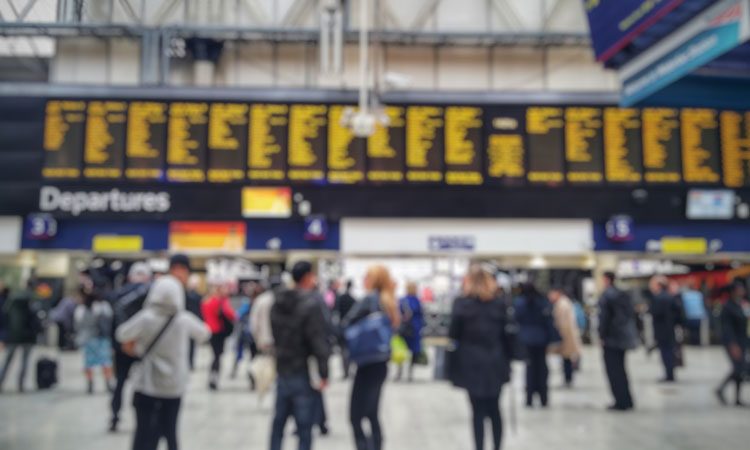 Britain’s rail companies are proposing a radical alternative to the current franchising system that would better join up the railway, improve accountability for passengers and result in easier, better value fares for all.

The proposals to the government’s rail review, independently chaired by Keith Williams, are informed by conversations with passengers, businesses and communities across the country and set out the building blocks of a future system. They would see a new independent organising body put in charge of the industry, acting as the glue that binds it together so that everyone is working to meet the same customer-centric goals. The organising body would drive up accountability and standards, helping to end the ‘blame game’ when things go wrong and issuing penalties when rail companies fall short.

With this change, the current one size fits all franchise system would be replaced with different types of services designed to suit the needs of different groups of passengers.

On some mass-commuter routes there would be democratically accountable, TfL-style single-branded concessions, where an integrated transport body is given more devolved control and rail companies are better integrated to deliver services for passengers.

On long-distance routes, where appropriate, multiple operators would compete for passengers’ business, making services far more responsive to their needs. Whether its quicker more comfortable journeys or faster Wi-Fi, demand would shape the market – with passengers able to vote with their feet if they wanted change.

On other routes where passengers have less choice about how they travel, there would be tough targets and incentives for train companies to deliver the outcomes their customers want, instead of today’s tightly specified inputs-based contracts. This would give operators the freedom to innovate to improve, while only being rewarded for good performance.

The new system would be underpinned by an easier to use, better value range of fares, delivered by updating decades old regulations. This could see pay-as-you-go with a price cap introduced on commuter services across the country. It would also enable greater local control over fares in devolved areas and better integration of rail fares with those for other modes of transport.

For long-distance routes, updating fares regulations around peak and off-peak travel would mean more flexible ticket pricing, incentivising more people to travel while spreading demand more evenly across the day – potentially reducing overcrowding by up to a third on the busiest services.

With a fully reformed fares system, for the first time passengers would benefit from a guarantee that they would pay the best fares for their journey, every time, with no need to split ticket.

Paul Plummer, Chief Executive of the Rail Delivery Group, which represents rail companies, said: “These proposals call time on short-term fixes and set out the once-in-a-generation system upgrade the railway needs if it is to help the country prosper over the next 25 years. We want to move forward with a rail system that is more focused on customers, more responsive to local communities and more accountable, letting rail companies deliver what people want in each area of the country and rebuilding trust between the industry and passengers.”

Anthony Smith, Chief Executive of Transport Focus, said: “Passengers tell Transport Focus they want a railway that is more accountable and simple to use, both locally and nationally, especially for commuter services. It will be passengers who will ultimately judge whether any changes delivers them train services that are more reliable, provide more space to stand or sit, offer a real customer focus and represent better value for money. Transport Focus will examine these proposals closely.”

Over the summer, rail companies will continue consulting with passenger groups, business groups and local and regional bodies on how the benefits of the proposals could be maximised.

The proposals would also reinforce rail freight’s central role in delivering for Britain’s economy, highlighting the need to maintain a joined-up, national approach to coordinating the railway in order to ensure the access needed to keep supermarket shelves stacked, the lights on and the economy moving in the global marketplace.

To deliver these ambitious proposals and enable rail to meet the challenges of the next 25 years, a motivated, engaged and happy workforce is key, and the proposals highlight the need to invest in the rewards, skills and resources they need to secure long-term, rewarding careers for this generation and the next.

Josh Hardie, CBI Deputy Director-General, said: “Business wants an efficient and reliable rail system that delivers for the economy and that means reinvigorating the public private partnership that runs the railway. These proposals from the rail companies mark a necessary break from the status quo. They seek to drive innovation through private sector competition while improving accountability to passengers. It’s good to see an industry recognising the need for change and making serious proposals that could be part of the solution.”

Henri Murison, Director of the Northern Powerhouse Partnership, said: “The direction of travel of Keith Williams and these sensible proposals by the Rail Delivery Group would be to devolve more power over our railways. The principle of devolution is common ground for our civic leaders and Metro Mayors who represent the interests of passengers, business leaders and those who currently run our train services. In the major Northern cities and across the Northern Powerhouse this devolution would make it possible to integrate transport better, which is already being worked towards with more touch in and out travel within and in between our towns and cities in the North. This would be used by more of us as passengers if the government supports the fare system being reformed more quickly.”