Transport Secretary, Grant Shapps, has announced that an independently-led government review will look at whether and how HS2 should proceed. 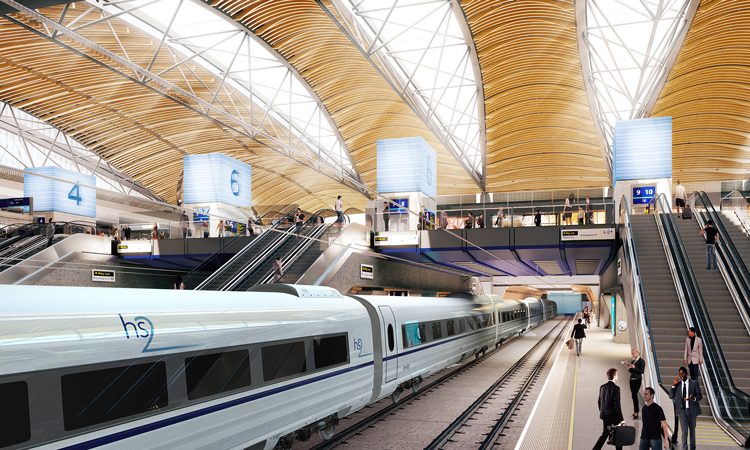 The Government has published the terms of reference and timetable for an independent review into the UK’s High Speed 2 (HS2) project.

Douglas Oakervee, who has built up considerable knowledge on a wide range of major projects over the course of his 60 year career, will lead the review and will work with Lord Berkeley as his deputy. They will be supported by a panel of experts, bringing together a range of perspectives from business, academia and the transport sector to ensure an independent, thorough and objective assessment of the project. Panellists will each be consulted on the report’s conclusions.

A final report will be sent to the Secretary of State, with oversight from the Prime Minister and Chancellor of the Exchequer, by the autumn. The report will inform the Government’s decisions on the next steps for the project. Limited, largely preparatory works, on the project will continue in parallel with the report’s work.

Transport Secretary, Grant Shapps, said: “The Prime Minister has been clear that transport infrastructure has the potential to drive economic growth, redistribute opportunity and support towns and cities across the UK, but that investments must be subject to continuous assessment of their costs and benefits. That’s why we are undertaking this independent and rigorous review of HS2. Douglas Oakervee and his expert panel will consider all the evidence available, and provide the department with clear advice on the future of the project.”

Designed for trains capable of travelling at 250mph, the first section of the HS2 line between London and Birmingham is due to open at the end of 2026, with the second phase to Leeds and Manchester scheduled for completion by 2033.

Douglas Oakervee said: “The Prime Minister has asked me to lead this important review into the HS2 programme. I am looking forward to working with my deputy, Lord Berkeley, to advise the government on how and whether to progress with HS2, based on all existing evidence.”

Darren Caplan, Chief Executive of the Railway Industry Association (RIA), responded: “The Government is right to evaluate major investment projects through mechanisms such as the Oakervee Review, and the RIA welcomes the fact that the review will be completed quickly to remove damaging uncertainty and allow a notice to proceed in December. However, we should put  the HS2 scheme into perspective and remember all the benefits it brings.”

Darren continued: “The review will show that spend on the project will be about £10 billion per year over the next three year period, out of some £2,500 billion of public spending projected in that time. That is 0.4 per cent of annual public spending. Meanwhile, its economic benefits far outweigh the costs, with more than £90 billion in GDP growth per year generated across the country, 9,000 jobs already involved with the scheme, and at peak construction 30,000 jobs supported. The review will also show that HS2 will significantly increase capacity on the ‘classic’ rail network, particularly the West Coast and East Coast Main Line routes, meaning it will help 22 more towns and cities benefit from freed up capacity and eight out of 10 of Britain’s largest cities and regions will be better linked. So HS2 provides clear economic and regeneration benefits to the whole country, with the great cities of the Midlands and the north in particular making it clear they are united in their support for the project as the catalyst for their renaissance. RIA and our members trust the Oakervee Review team will produce a report which will ultimately support HS2, and ensure the UK gets the world-class rail infrastructure and additional capacity it needs in the years ahead.”

Maria Machancoses, Director of Midlands Connect, said: “The massive benefits of HS2 to the Midlands are already being felt. Although a review must rightly scrutinise the project’s deliverability, benefits and costs, we must not lose sight of the fact that HS2 will transform our transport network for the next century. Scrapping it or de-scoping it will be a disaster for the Midlands and the whole country. We’re pleased that West Midlands Mayor Andy Street is on the review panel to promote the interests of the region. But it’s vital that the East Midlands isn’t ignored in this process either. Therefore, Midlands Connect will be submitting compelling evidence to the review concerning the benefits of HS2 to the whole of the Midlands.

Maria continued: “Doug Oakervee has already been in touch with Midlands Connect and we look forward to using his review to rally business and civic leaders from across the region once more to re-emphasise in the strongest possible terms that the Midlands needs HS2 to be built in full to rebalance the economy and unite the country.”

Amelia Womack, Deputy Leader of the Green Party, said: “We welcome the long-overdue review into this vanity project. We are however concerned that its independence will be dented by having a former Chairman of HS2 at its helm. The review should also include in its terms of reference the huge environmental costs associated with it. The benefits of HS2 have never being proven, the costs have spiralled out of control and nobody sees the point in it anymore. Let’s put this project out of its misery and invest this cash in a local transport revolution, a revolution that includes local train services for the benefit of the local community. Let’s make a real difference into people’s lives every day. Let’s use this funds to help ordinary people who need to get to the doctors, see their family, visit their doctor. These large funds should only be used if they benefit our communities at large.”

Dr Jenifer Baxter, Head of Engineering at the Institution of Mechanical Engineers,  said: “We support the HS2 programme and welcome this review which is an opportunity to look at how the delivery of major rail infrastructure can be improved. The review has some radical terms of reference but does not include what we would consider key aspects of the HS2 programme. For example, the terms do not include a requirement to consider the cost of alternatives to provide the step-change increase in rail capacity that is needed on long distance and suburban services north of London. As an example, the review requires an assessment of the cost of disruption to rail users during HS2’s construction but does not consider the far greater disruption of any alternative project to improve capacity on the existing railway. This review may provide an opportunity to investigate different ways that a high-speed rail link can be delivered with minimal environmental impacts, particularly in the area of modal transfer. It may also find solutions to elements of the scheme that will lower costs, for example by reducing the size of stations or delaying sections of the route.”

Jenifer continued: “We would encourage consideration of existing network readiness as part of this review, as the ability to deliver passengers to HS2’s origin and terminus stations is critical to its success. Without investment in the existing railway and other transport modes, the full potential of HS2 will never be realised. Britain has a long and proud history of rail transport and it is important that we stay at the forefront of technological developments. Unfortunately, this new review fails to offer a chance to consider the business benefits of constructing HS2, such as bringing innovative new trains to our railways, which lower emissions, keep people moving and are fit for the 21st century. HS2 must become a showcase for Britain’s railway industry. HS2 is essential to addressing the capacity crunch on our existing railway. Doing nothing is not an option.”