Sir John Peace has written to Britain’s Prime Minister Boris Johnson, warning him that any delay or downgrade of High Speed Two (HS2) would be a betrayal of the Midlands and the North, and urging him to publish the Oakervee review in full as soon as possible. 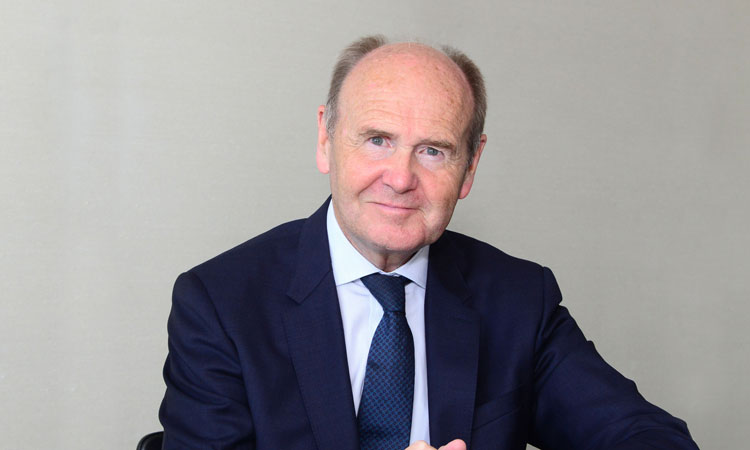 Midlands Connect researches, develops and champions long-term transport projects which will provide the biggest possible economic, social and environmental benefits for the Midlands and the rest of the UK.

In his letter, issued on Monday 20 January 2020 following a leak of the HS2 Oakervee Review in the Financial Times, Sir John Peace told Boris Johnson to publish the full Oakervee review as soon as possible to end uncertainty:

“The tone of today’s Oakervee review leak in the Financial Times is of serious concern. Further leaks and uncertainty are simply unacceptable. The time has come to release the review and give the Midlands, our businesses and investors the certainty we need to plan for a bright future.

“To delay and downgrade HS2 north of Birmingham would be a betrayal of the Midlands and the North. We need a modern, fast and reliable railway to link our great towns and cities sustainably.

“The cost is high, but the need is even greater. You have said yourself that HS2 is likely to cost over £100 billion. That figure is reached simply by adding two per cent inflation to the £88 billion that HS2 Chairman Allan Cook estimated in the Autumn.

“I met with and wrote to Douglas Oakervee several times during his review. I made it clear that HS2’s current economic case greatly underestimates the full economic benefits of the project. It ignores development plans around new high-speed stations across the Midlands and the North.

“We need HS2 more than ever. I would welcome the opportunity to meet you at your earliest convenience and allay any fears you may have about pushing ahead with this vital project.”

Midlands Connect examines every option for improving major transport infrastructure in the Midlands region. The fundamental aim of these improvements is to transform regional and UK gateways, bringing the Midlands closer together and accelerating cost-effective improvements to unlock east-west connectivity that will enable the Midlands’ economies to work more effectively together.

Midlands Connect’s 25-year transport strategy for the region has the potential to add £5 billion a year to the UK economy, contributing to the Midlands Engine vision of creating 300,000 additional jobs by 2030 and growing the economy by £54 billion.

Their partnership is made up of 22 local authorities, nine Local Enterprise Partnerships, East Midlands and Birmingham airports, and chambers of commerce stretching from the Welsh border to the Lincolnshire coast. The partnership also includes the Department for Transport (DfT), Network Rail, Highways England and HS2 Ltd, who Midlands Connect works alongside to drive an unprecedented level of collaboration for the good of the Midlands and the UK.