After the United States, China and Russia, India has the fourth largest rail network in the world, which is now struggling to cope with rising passenger and freight demands. As Manoj Krishna Akhouri and Amit Kumar Jain from India’s Ministry of Railways’ Centre for Railway Information Systems (CRIS) explain, state-of-the-art technology is being deployed to improve rolling stock operations on the country’s overstretched infrastructure. 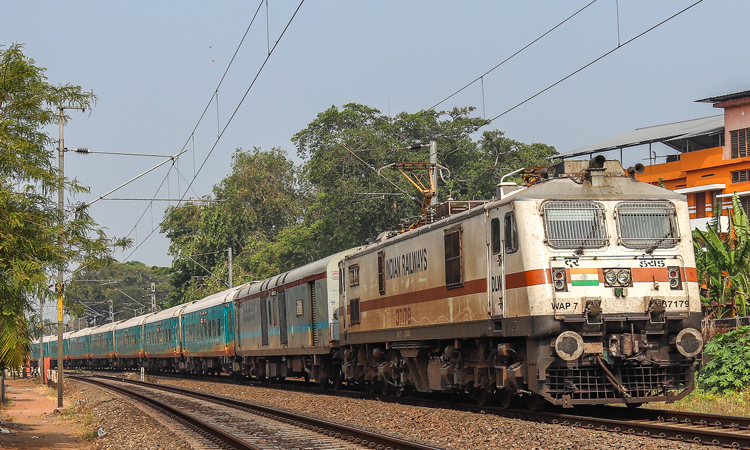 With a network of 67,000km, Indian Railways operates 13,000 passenger trains, carrying 23 million passengers, and 9,000 freight trains, transporting 3.05 million tonnes of freight, daily. With its very wide network touching almost every nook and corner of the country, Indian Railways play a crucial role in facilitating a balanced and inclusive socio‑economic development of the country. In the last 50 to 60 years, there has been a manifold increase in traffic without commensurate enhancement in the capacity of the system. As a result, Indian Railways is grappling with overstretched infrastructure, inadequate capacity, a dwindling market share in the freight sector and huge unmet passenger demand.

In this context, Indian Railways has decided to leverage new technology to improve the efficiency of the system in order to run more trains. One such initiative is a Real Time Train Information System (RTIS), which is used to track the location of trains in real-time through GPS devices installed in the locomotives.

Train movement data across Indian Railways is conventionally captured manually. The station master (SM) from every station relays a train’s arrival and departure by phone to the traffic controller (TC) or dispatcher. The TC marks the arrival or departure time of the train on a time distance chart – a ‘control chart’ – electronically. The planning and monitoring of trains is done through these control charts. Although the process of feeding information for control charts has been digitalised through Control Office Application (COA) for more than 10 years, the flow of information from the station level remained manual. Since Indian Railways operates both freight- and passenger-carrying trains on the same track, the TC plays a significant role in the efficient planning of train operations. They must decide when and where precedence is to be given to a fast-moving passenger train over a slow-moving freight train on a double-line section. The TC decides the crossing location of two opposite direction trains in a single-line section. A TC monitors and controls 20 to 30 trains running over approximately 25 stations within their area of control. Most of the time, the TC remains busy in manually collecting arrival/departure information and feeding it in COA, with very little time left for planning. The efficiency of train operation largely depends on the experience and competency of the TC. Moreover, the arrival/departure information fed by the TC in COA is also the source for real-time information given to customers regarding a train’s location and estimated time of arrival at the station. Any mistake on the part of the SM or TC results in wrong information being relayed to customers. In this context, the automatic acquisition of train movement data on Indian Railways on a real‑time basis is a key requirement for improving operational efficiency and the quality of passenger information. This requirement gained greater significance after implementation of ICT-based Control Office Application (COA) on all divisions of Indian Railways.