The new trains are designed to provide more seats as well as modern features for a more comfortable journey when they enter service later in 2020. 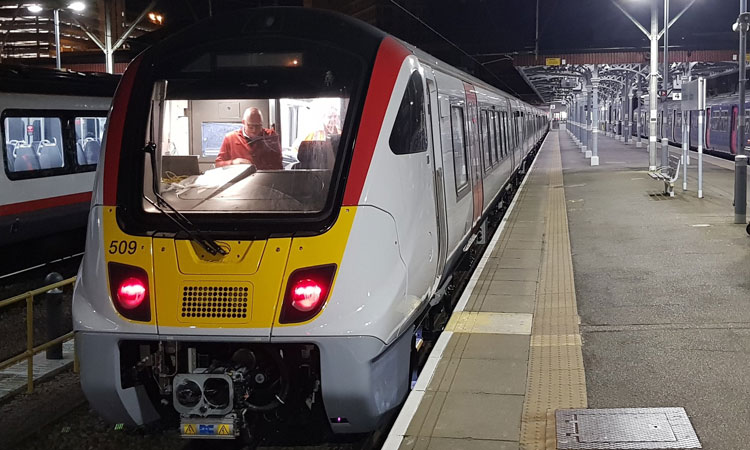 Greater Anglia has started testing the first of its new electric commuter trains.

The new Bombardier Aventra trains will replace all of the company’s existing electric trains, except for the Norwich-London intercity service.

The 111 new electric trains will provide thousands of extra seats for commuters on their journeys to London, with each carriage longer than those on the existing trains.

The train carried out a test run on the Southend Victoria line in the early hours of 17 March 2020.

As with all new trains, Greater Anglia’s new fleet will undergo a series of performance and safety tests before coming into passenger service. Greater Anglia staff, including drivers and station staff, also need to be trained to work with the new trains.

The new electric trains are all five or 10 carriages, with 544 seats and 1,145 seats respectively.

The new electric trains boast greener credentials too: they are 40 per cent lighter than previous trains and feature regenerative braking which delivers energy back into the electrical supply network rather than waste the energy, through heat, as in conventional systems.

“Once we are fully satisfied the trains are performing as we want them to, we will put them into passenger service which will be later this year,” commented Ian McConnell, Franchise and Programmes Director at Greater Anglia.

Will Tanner, Bombardier Transportation Communications Director, stated: “We have two of our six production lines at our Derby factory dedicated to the project, and have recruited 400 extra staff since December to help reduce the delay to the project which has been caused by a range of factors. We have now built more than 230 of the 665 cars on order.”