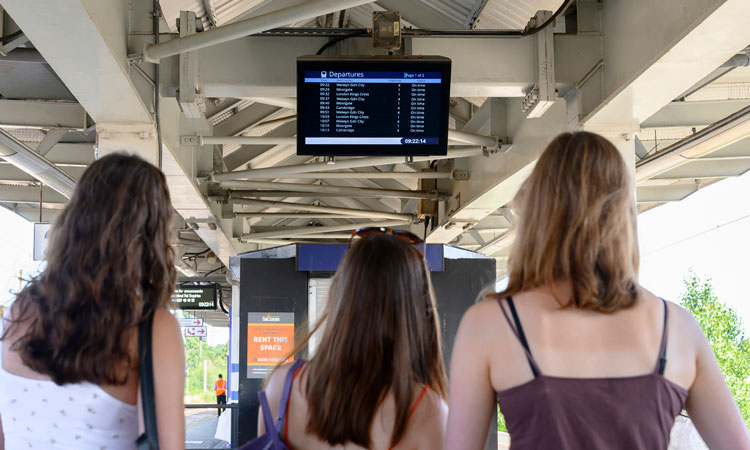 The network-wide, multimillion-pound programme involves more than 1,000 projects located all across the UK. The scheme was requested by many local passengers and community groups, across 250 stations.

Since the ease of lock-down restrictions, commuters returning to rail travel will be welcomed by a host of new features, all of which are designed to give passengers an improved journey experience.

Among the developments, GTR has installed around 1,500m2 of new or refurbished waiting rooms, shelters and canopies. Nearly 3,000 new seats, 90 refurbished toilets and over 100 new customer information screens have been installed across the network.

Tom Moran, Managing Director for Thameslink and Great Northern, said: “We are installing plenty of new screens where our passengers told us they were most needed, as well as replacing some older screens with new ones. Putting additional screens towards the end of platforms – the north end of Platform One at Letchworth Garden City is a prime example – encourages passengers to spread out. This helps minimise crowding at busy times, which also speeds up boarding and improves punctuality. We’ve also installed more screens near station entrances because providing information before passengers go through the gates can save them time and effort.”

Over the past year, GTR has installed modern screens equipped with the latest software and display technology. Individually, the new screens weigh nearly four tonnes, with a total screen area of over 50m2. Therefore, displayed information is: clearer, can be shown graphically (such as the length of the approaching train), and in a range of colours. Most importantly, the modern screens meet the latest accessibility requirements and are tremendously more reliable than the original screens, many of which GTR has now replaced.

A total of 55 GTR stations have been updated with new customer information screens. Passengers from all across the UK, from King’s Lynn in Norfolk to Arundel in West Sussex, will see at least one new screen. Some mentionable stations with the most screen improvement is Potters Bar, who has had all 14 old screens replaced, and Oakleigh Park, where all seven of its 20-year-old screens have been swapped out. Hadley Wood station has four completely new screens and two replacements, as does Knebworth with two new screens and four renewals.

‘Ambience, comfort and safety, and sustainability’

It is these three themes that have been the mantras that the programme has been built upon. Stations across the UK have been refurbed with plants and artwork provided by the local community, as well as new waiting rooms and shelters, seating, lighting, information screens, defibrillators for public use, and accessibility schemes. Schemes such as: electric vehicle charging points, secure facilities for cyclists, rainwater retention systems, and even bee gardens.