DB and Lufthansa to introduce high-speed connections to Frankfurt Airport

A new joint initiative between Deutsche Bahn and Lufthansa will see the introduction of new high-speed Sprinter services to Frankfurt Airport and the expansion of the Lufthansa Express Rail network. 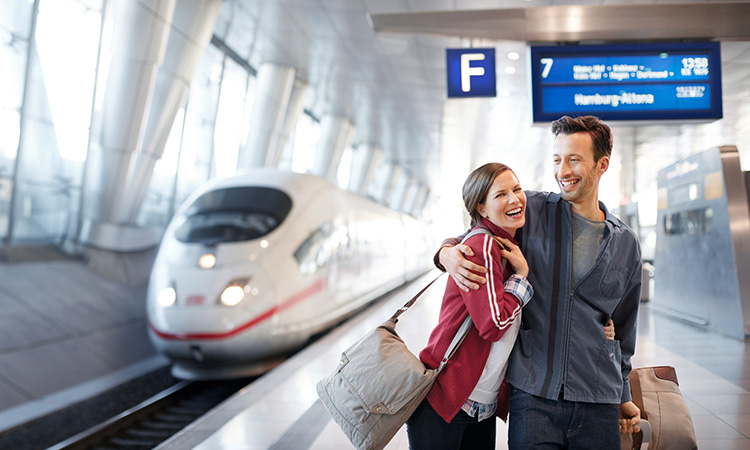 Lufthansa and Deutsche Bahn (DB) have announced that they are focusing on the rapid expansion of joint train-to-flight services. In Frankfurt on 8 March 2021, the two companies presented their plans for a joint product initiative that will see the Lufthansa Express Rail network be expanded by five additional cities.

In addition, starting in December 2021, so-called Sprinter trains – which are extra-fast high-speed locomotives – will also travel to Frankfurt Airport for the first time. By expanding their cooperation, Lufthansa and Deutsche Bahn are setting a new standard in the environmentally friendly networking modes of transportation.

Harry Hohmeister, Member of the Executive Board of Deutsche Lufthansa AG, said: “With this joint initiative, we are strengthening the offer of mobility in Germany, thus bolstering the local economy. By intelligently linking rail and air transport, we offer our customers a seamless and convenient travel network, benefiting consumers and the environment.”

Deutsche Bahn Board Member, Berthold Huber, said: “A good cooperation is now turning into a comprehensive partnership, the likes of which have never been seen before between Lufthansa and Deutsche Bahn. At the end of the year, DB will be expanding the links between Germany’s largest hub and the new Sprinter connections. Travel by rail will be faster and more comfortable.”

Deutsche Bahn and Lufthansa already offer 134 daily feeder trains to Frankfurt Airport from 17 German cities. In the second half of 2021, another five cities will be added. Starting in July 2021, for the first time, it will be possible to travel to Frankfurt Airport with Lufthansa Express Rail from Hamburg and Munich and, commencing in December 2021, from Berlin, Bremen and Münster.

In addition, new Sprinter connections will make their debut from December 2021. The rail journey between Munich and Cologne will be shortened to less than four hours. From Munich and Nuremberg, there will be direct trains to Frankfurt Airport twice a day in three and two hours, respectively, with no additional stops in between – half an hour faster than current services and precisely timed with the departure and arrival times of flights at Lufthansa’s hub airport.