The Rail Delivery Group has outlined six recommendations for the UK government to support shift more freight on to rail and off of the roads. 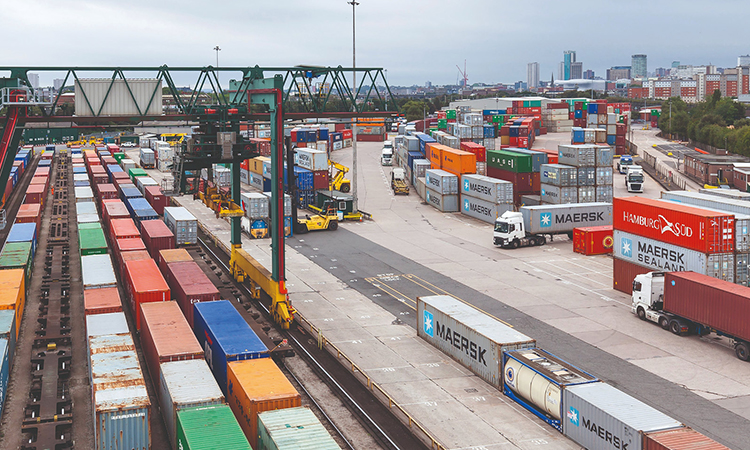 Following the publication of the Williams-Shapps Plan for Rail, the Rail Delivery Group (RDG) is calling on the UK government to boost the economy and the environment by adopting policies that will help to shift freight from road to rail.

In its ‘Rail Freight: Building a stronger, greener future for Britain‘ report, published on 8 July 2021, RDG outlines a series of policies that the government should support if it wants to eliminate congested roads and cities, support the levelling up agenda and achieve net zero carbon emissions by 2050.

Research published in April 2021 by RDG showed that rail freight delivers £2.45 billion in economic and social benefits to the UK every year. In addition, each tonne of freight transported by rail produces 76 per cent less carbon emissions compared to road transportation, with one freight train replacing the equivalent of up to 110 lorries. Altogether, rail freight removes the need for seven million lorry journeys a year.

To help to shift more freight on to rail and off of the roads, RDG is calling on the UK government to:

Robert Nisbet, Director of Nations and Regions for the Rail Delivery Group, said: “Throughout the pandemic, the railway has played a vital role in transporting goods and keeping supermarket shelves stocked. As we enter the recovery phase, our roads and cities are once again becoming congested. If government wants to realise its commitment of net zero in 2050 and grow the economy, it has to put in place the policies to incentivise the shift from roads to railways for both goods and people.”