The TGV M, which is to run on French national network from 2024, has been unveiled by Alstom and SNCF at the La Rochelle workshop.

Christophe Fanichet (Chairman and CEO of SNCF Voyageurs), Alain Krakovitch (Director of TGV-Intercités), Xavier Ouin (Industrial Director of SNCF Voyageurs) and Jean-Baptiste Eyméoud (President, Alstom France) have unveiled the production line of the TGV of the future in Alstom’s La Rochelle workshops, after an operation that brings together the power cars and passenger cars. A video of the unveiling can be found at the bottom of the page.

The TGV M, which has benefited from the know-how of the best experts at Alstom and the Rolling Stock and TGV-Intercités divisions of SNCF Voyageurs, will run on the French national network from 2024. An order has been placed for 115 units (100 domestic and 15 international) and the train will be used for both the INOUI and OUIGO TGV services. 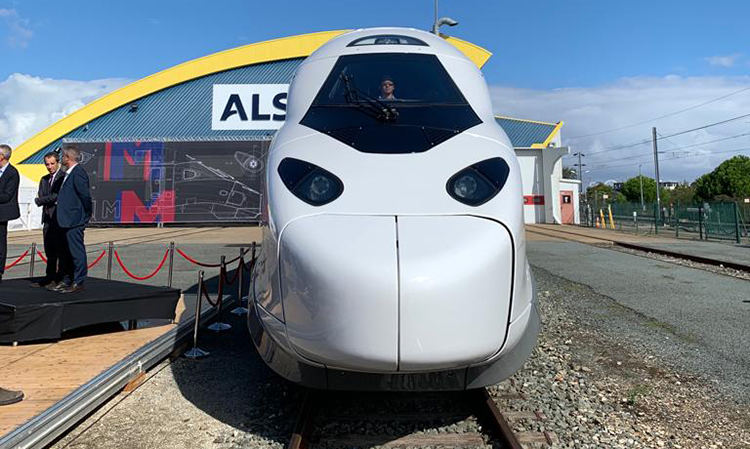 The new features of the TGV M, as well as its technical specifications, are different from those of the current fleet, leading SNCF Voyageurs to deploy an operating programme involving all the Group’s players.

All TGV operating processes need to be modified, whether related to driving, traffic supervision, train preparation in stations, or to parking, depots and cleaning. This is linked, for example, to the fact that the TGV M will have nine passenger cars instead of eight like the current TGVs. Or to the fact that the majority of the interfaces in the driver’s cab have been digitalised. 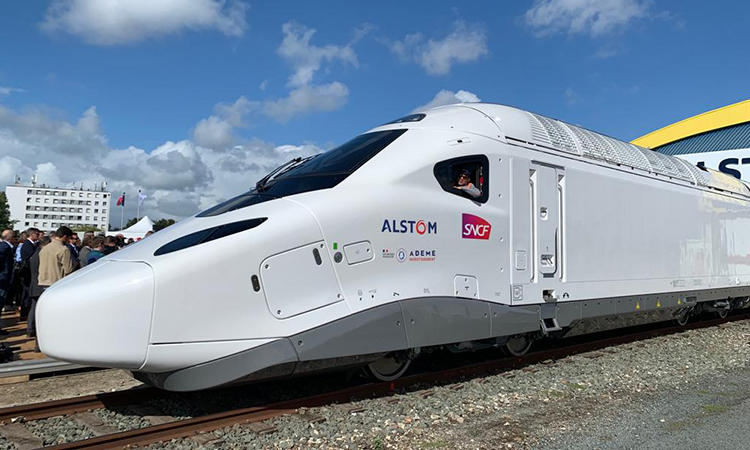 A detailed analysis of the compatibility of the TGV M with the network and stations is being carried out throughout France. It consists of ensuring that the new train is properly registered at all points on the network and in all stations. This analysis is used to identify the adaptation work that needs to be carried out, the procedures that need to be modified and the changes that need to be made in terms of passenger flow management. For example, the surveys already carried out in nearly 70 stations show the need to move stop signs to make it easier for drivers to see the signals when the trains are on the platform. This is linked to the nose of the TGV, which has been lengthened to make it more aerodynamic.

All the new features of the TGV M have been designed with and for future users, whether passengers or SNCF Voyageurs agents. The next major step will be the dynamic test phase at 200km/h in Velim (Czech Republic) by the end of 2022. This opens the first chapter in a long period of testing for this high-speed train.

A video of the TGV M unveiling is below.