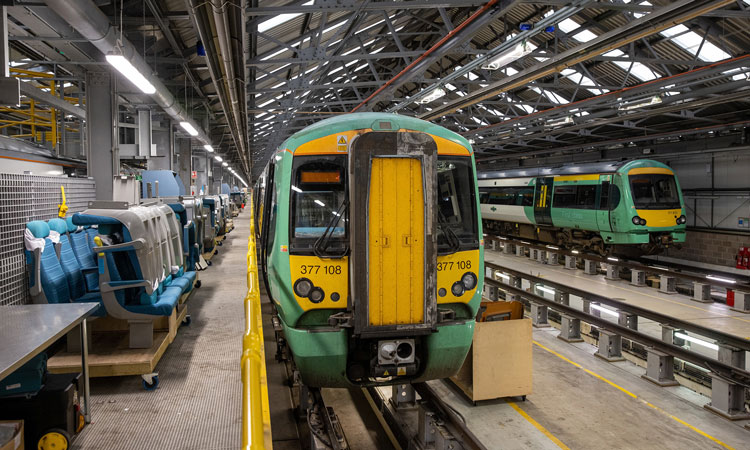 Seats being ripped out during the upgrade work. Credit: GTR/Ken Brunt

New features include passenger priorities such as information screens and at-seat charging and power points, as well as high-tech engineering features designed to streamline maintenance and improve reliability.

The 75 trains represent a key milestone in a five-year, £55 million programme funded by the trains’ owner Porterbrook, the Rolling Stock Leasing Company (ROSCO) from whom GTR leases the trains. Porterbrook’s investment in the programme could rise to £100 million with further upgrade elements being considered.

The train operator and ROSCO are ‘levelling up’ a total of 270 trains – the UK’s biggest fleet of ‘Electrostars’ – to the same standards of modern passenger facilities and technical equipment. The 377/4s are the largest ‘sub-class’ in the fleet, and at 18 years are among the oldest.

The Electrostar is the most common type of electric-powered train built since rail privatisation in the 1990s. The Derby-built, Alstom air-conditioned trains have been very successful and GTR’s Electrostars have been in service for up to 21 years. The oldest have run over 2.4 million miles in service. 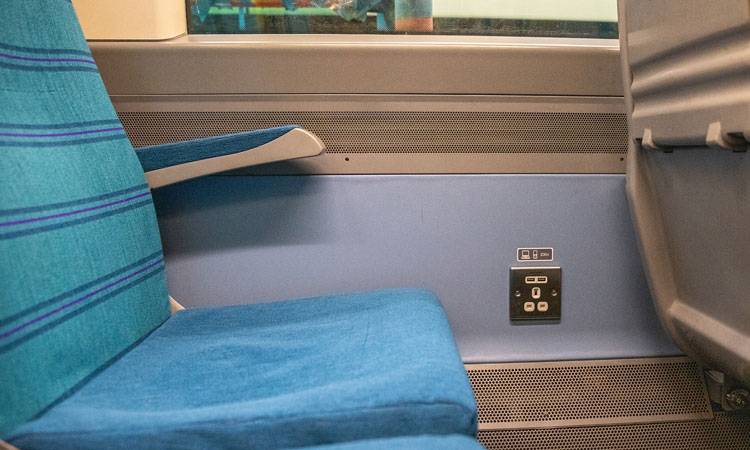 GTR’s own engineering team is carrying out the upgrade programme at its Selhurst depot in South London, using technical processes designed by Alstom. Beside the new power sockets and information screens, enhancements include energy-saving LED lighting and passenger-counting technology. Passenger priorities were identified in research led by Transport Focus and funded by Porterbrook.

GTR’s engineers have now begun the same package of improvements for the slightly older 377/1 trains. There are 62 of these, also in service on Southern routes.

The upgrade programme will include all 214 of Southern’s 377s, ranging in age from eight to 21 years, and 56 six-to-eight-year-old Class 387s, currently working on Great Northern and Gatwick Express routes. Porterbrook’s investment in the programme could rise to £100 million with further upgrade elements being considered.

As well as better meeting passengers’ expectations for on-board facilities, bringing every train up to the same modern standards, with common features across the whole fleet, allows GTR’s engineers to streamline routine maintenance and repairs. That keeps each Electrostar out in service for longer, reducing delays and cancellations. To accelerate maintenance and improve reliability still further, a new ‘smart’ On-Train Data Recorder helps predict and diagnose faults, which means that some problems can be fixed without returning to the depot. New forward-facing CCTV cameras will film the track in front of the train to help analyse incidents that delay the service. 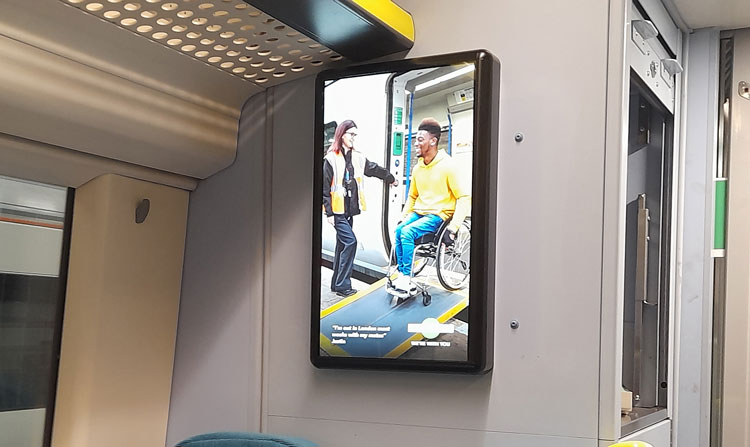 “These Electrostars are great trains,” said GTR’s Engineering Director, Steve Lammin. “Taking on board our passengers’ feedback, this comprehensive upgrade will provide an even better on-board experience and more reliability. With collaboration from Alstom and Porterbrook, our team at Selhurst Depot has developed and streamlined a process of stripping out a train’s seats, interior panels and old wiring, installing all the new features, refitting seats and panels, testing and returning to service, at a rate of just one week per train. Well over a quarter of the fleet has now been through the programme, and more and more passengers will notice the benefits over the coming years. I’m really pleased that GTR is working with Porterbrook and Alstom to build a better railway for our customers.”

Peter Broadley, Managing Director of Services at Alstom UK & Ireland, said: “It is great to see the Electrostars get a new lease of life, fit for purpose for the next phase of their operations. Working closely with our partners at GTR and Porterbrook we have created a great product which significantly enhances the customer experience across the GTR network. I’m looking forward to successfully completing the project in a little over two years from now.”